The prescience, timeliness of one of MJ’s beloved songs 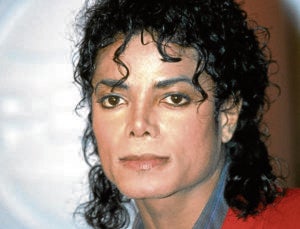 Since I’m a hardcore Michael Jackson (MJ) fan, I won’t let June end without commemorating the 11th death anniversary of MJ (June 25). The Jackson family has long moved on, but I refuse to do so.

MJ’s hit “Heal the World” (HTW) could very well be the global anthem in the time of COVID-19. If MJ was still around, he would definitely spearhead a movement to raise funds for the battle against the pandemic. Just like when he and Lionel Richie wrote “We are the World” (by the United States for Africa) in 1985. It’s a charity single for African famine relief recorded by MJ, Lionel and other music icons.

I get goosebumps when I listen to “HTW” these days. The song has become even more significant 29 years after its release in 1991 (as one of the cuts in MJ’s “Dangerous” album).

On a lighter note, I came across an MJ meme which reads: Remember laughing at Michael Jackson because he was always wearing a mask and a white glove? Now you all are out there looking like you wanna be starting something.

For a backgrounder on HTW, let me share with you excerpts from the book, “Man in the Music: The Creative Life and Work of Michael Jackson,” written by Joseph Vogel and published by Sterling in 2011.

MJ, please whisper to God to heal the world because too many people have already “gone too soon” (yet another MJ song that’s so apt for the global health crisis).

Here are some excerpts from the book:

“‘Heal The World,’ like any other anthems in its mold can be viewed as sentimental and idealistic. However, for Jackson, the point of a humanitarian anthem was pretty straightforward. He wanted a song with a simple message and melody. Something the whole world could sing, regardless of language, race or culture. In particular, he wanted children to enjoy and benefit from it. HTW was the vehicle for these social aims …

“HTW, the song, launched the HTW Foundation, an organization dedicated to addressing poverty, world hunger, violence and disease around the globe. In 1992, the nonprofit organization opened offices around the world and with MJ’s star power, raised awareness and donated millions of dollars to less fortunate children globally.

Read Next
Taylor Swift vows to use her voice to speak out vs racial injustice
EDITORS' PICK
Enrollment drops more than 25%
Water remains our saving grace right now
Palace: Gov’t can force quarantine for mild cases
How Filipinos are embracing digital technology amid the coronavirus pandemic
DOH expands list of workers for priority testing
Win the Samsung Galaxy S20+ BTS Edition at the Smart K-Quiz Night on July 18
MOST READ
Metro Manila stays under GCQ until July 31
ABS-CBN to start retrenchment by end of August, as franchise remains elusive
Defensor dares Tañada to public debate on ABS-CBN franchise issue
Suspend until yearend emission test requirement for motor vehicle registration — solon
Don't miss out on the latest news and information.