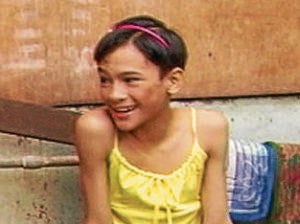 “I also have a bunch of favorite films on the list,” said award-winning filmmaker Auraeus Solito when Inquirer Entertainment asked for his reaction to the fact that his 2005 indie film “Ang Pagdadalaga ni Maximo Oliveros” made it to the list of 100 Best LGBTQ Movies of All Time, posted recently by an arts-oriented American online publication.

Solito said the posting by Slant Magazine of the list was “timely” because we are celebrating Pride Month this June. “I’m just thankful that my work has been recognized as one of the best in the world, especially by the LGBTQ movement,” said Solito, who also directed “Pisay” (2007) and “Busong” (2011), among others.

According to Slant magazine writer Keith Uhlich, it’s seldom that the feelings of a child, however raw they may be, would become the subject of a public discussion.

“It’s to director Auraeus Solito and screenwriter Michiko Yamamoto’s credit that, throughout [the movie] they view their characters through a quietly revolutionary queer perspective, portraying young Maximo’s (played by Nathan Lopez) pursuit of an adult policeman, childish though it may be, as a fervently religious quest,” Uhlich pointed out.

The list begins with the 1924 silent film “Michael” by Carl Theodore Dryer, and ends with Celine Sciamma’s 2019 release, titled “Portrait of a Lady on Fire.” While “Maximo” is the only Filipino film on the list, it also showcases full-length Asian features like Ang Lee’s “The Wedding Banquet” (1993), Wong Kar-wai’s “Happy Together” (1997), Apichatpong Weerasethakul’s “Tropical Malady” (2004) and Tsai Ming-liang’s “The River” (1997) and “Goodbye, Dragon Inn” (2003), among others.

“There was already a similar list in 2014 that included ‘Maximo,’ but this is a new one because it includes (Luca Guadagnino’s) ‘Call Me By Your Name’ (2017),” pointed out Solito, who then shared with Inquirer Entertainment a comment that he read on his Facebook wall. “A producer from New Zealand told me, ‘Your fine film is in fine company.’”—Marinel Cruz