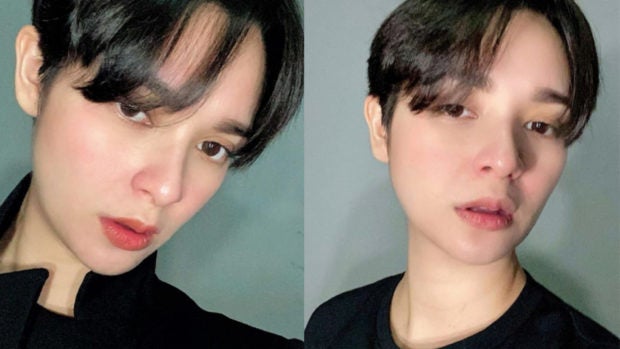 Actress Ryza Cenon said goodbye to her long locks and opted for a shorter hairdo after suffering from severe hair fall.

Cenon’s new haircut features a short back, and sides that accentuate her neck and angular cheekbones. She also has bangs to frame her face. The actress showed a couple of selfies to highlight her new look.

The “General’s Daughter” star disclosed that she had been suffering from hair problems prior to the haircut. She also thanked her hairstylist for “saving my hair.”

For her friends in the entertainment industry, Cenon’s new look suited her well.

Cenon clarified that she was not using the app when she took the selfies.

“[Lakas] maglagas ng buhok ko ngayon kaya [nagpagupit] ako,” she said. (My hair has been falling excessively lately so I got a haircut.) 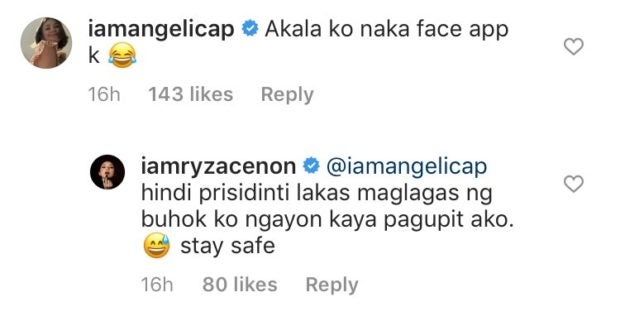 The actress thanked de Mesa and told him to stay safe while taping. De Mesa is an actor in the hit action TV series “Ang Probinsyano”. 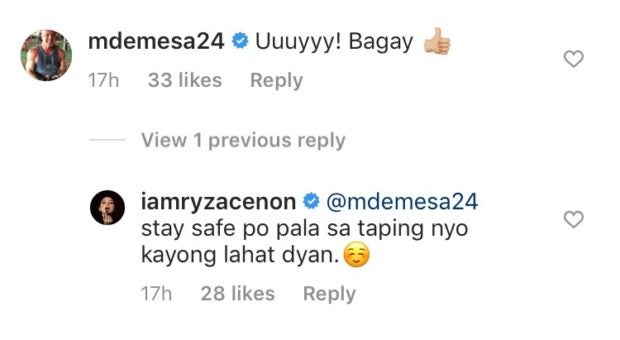 Cenon first showed her new haircut through a dark photoshoot yesterday. Red light illuminated a portion of her face and short hair.

Cenon was one of the winners of the reality TV contest “StarStruck”. She was with TV network GMA 7 for 14 years before she signed a contract with its rival station ABS-CBN in 2018. JB