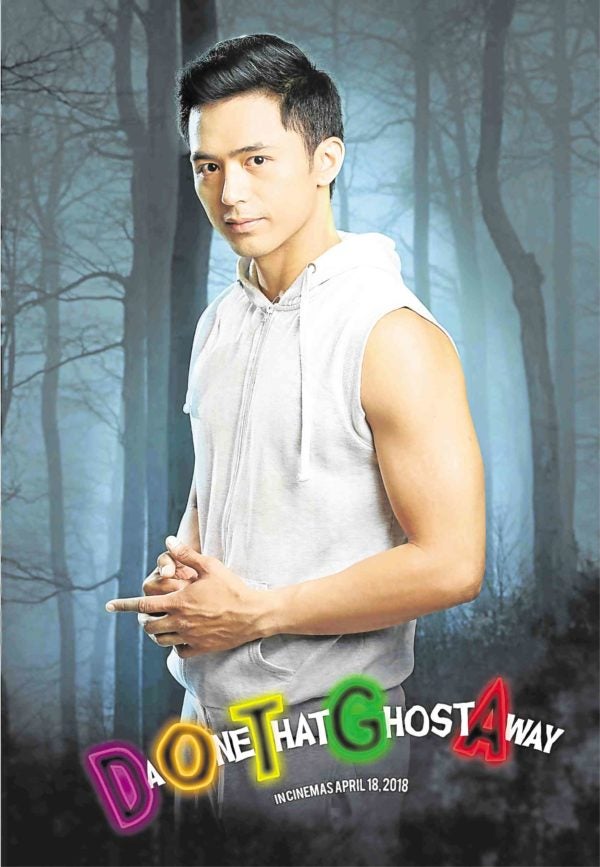 Show biz is a small place, so it’s nice to know that someone I know from another network is now here,” Enzo Pineda said of Ryza Cenon, who inked a two-year contract with ABS-CBN, after spending 14 years with GMA 7.

Both are former GMA 7 stars who got their start in the industry through the reality-based talent search, “StarStruck.” Enzo became a Kapamilya in December 2016. Ryza, on the other hand, had just finished doing the successful series “Ika-6 na Utos” last month.

“Hopefully, I get the chance to work with her soon. I believe Ryza is one of the best actresses of our generation,” said Enzo, who’s now part of the ABS-CBN fantasy series, “Bagani.” “We all know she’s a good and simple person, and I’m sure she will go far.”

In moving from one station to another, Enzo said it’s important to maintain the same level of dedication to work. That’s the one piece of advice he could give Ryza, as the latter turns a new chapter in her life. “You just have to continue doing good work and be consistent,” he told reporters at a recent press conference.

As for his own career, Enzo said he’s “very satisfied” with how things were coming together for him.

“I have never run out of work since I stepped foot here. I’m thankful I’m being given a platform to show off my skill and do what I love to do, which is acting. I’m just always trying my best … I’m so glad my performances are being recognized,” he said. “I hope the blessings continue to come.”

It seems the 27-year-old celebrity’s hard work is starting to pay off in terms of acting and visibility.

“I would like to believe that I have improved my acting a lot. It has to do with maturity—all the experiences I have had throughout the years,” pointed out Enzo, who has also observed that he has been getting more followers on social media.

“Getting work already makes me happy. So it’s surprising and heartening, because I didn’t expect to receive this kind of appreciation,” he said. —ALLAN POLICARPIO

Read Next
The age of the anti-hero
EDITORS' PICK
Acer starts the year off strong with the Aspire Vero National Geographic Edition
Gear up and get ready to play with Yamaha Mio Gear
Over 3 Million worth of prizes to be won at Smart Padala’s SENDali Manalo Promo!
Metro Manila posts lowest temperature yet this ‘amihan’ season at 19°C
DOH: 28,471 new COVID-19 cases in PH; active cases now 284,458
On Day 2 of implementation, gov’t says workers now exempt from ‘no vax, no ride’ policy
MOST READ
Cold-case investigation names surprise suspect in Anne Frank’s betrayal
Emma Stone calls Andrew Garfield a ‘jerk’ after he ‘lied’ about his ‘Spider-Man: No Way Home’ appearance
Derek Ramsay on being married to Ellen Adarna: ‘Gumaan ‘yung mundo ko’
Czech anti-vax singer dies after deliberate infection
Don't miss out on the latest news and information.