The age of the anti-hero | Inquirer Entertainment
Close
menu
search

The age of the anti-hero 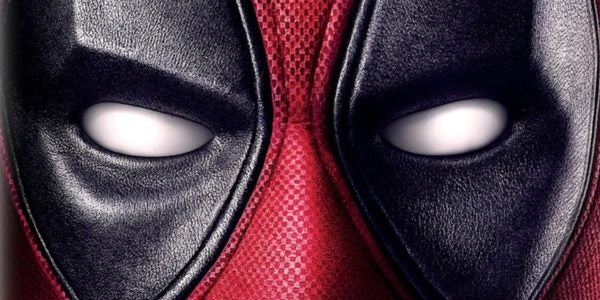 Indeed, we are part of a “fractured” society that has allowed comic book characters such as Deadpool to become pop culture icons.

Let me go on record and say that when I first got to see and read of Deadpool in a Marvel comic book namely “X-Force” # 2, which was the second appearance ever of Deadpool, I never thought this said character was even remotely great, or anything like that. I still have that prized comic book.

Look, in the early 90’s there was a lot of comic book characters that wielded a sword and a gun and were the mercenary type so Deadpool for me got lost in the milieu of things. Were it not for his cool looking costume, though, I am sure I would not have remembered him at all.

As a kid, I just liked Deadpool’s costume. But I found his dialogue to be a bit weird. He really did not stand out much during that time because there were so many awesome X-Men related characters, to begin with. For me, Deadpool went under the radar. It was only decades later when practically everyone began to know who he is even though they never got to read a Marvel comic book in their life were it not for the Deadpool movie.

Nowadays, when I think of the mass appeal and worldwide popularity of a comic book character like Deadpool, it does not surprise me any longer why most of us rally behind an anti-hero like Deadpool.

Why so, you ask? It is because in many ways Deadpool is the antithesis of what our definition of an anti-hero is now in our day and age. Clearly, he is psychopathic, deranged, disturbed. And yet, with all of that said, he is still capable of helping the innocent, weak, and defenseless.

Am I missing something here? Because it should not make sense but for some reason it still does. Can you imagine a comic book character like Deadpool existing during The Golden Age of Comics from the early 40’s to early 60’s? That is simply unimaginable to think of. It would not even have happened or taken place because comic book artists, writers, and editors at the time had a very clear sense of what makes a super-hero exactly one.

Put it this way. What if Superman punched a hole through a criminal’s head or started massacring every super-villain he could get his hands on? If a Superman like that had existed back in the 40’s in the decade when he first appeared, he would not have made it into this decade because parents would have banned their kids buying such a comic book! And Superman would have been relegated to infamy instead of becoming a globally beloved super-hero that spans the ages and a timeless one also.

On another note, and interestingly enough, of all the Marvel comic book characters that made the jump onto the big screen in the recent years, it is only Deadpool whose costume they got right and did not ruin or modify too much. His twisted personality, they got it too. Practically everything from his physical appearance to his behavioral traits… the producers, director, and writers of the Deadpool movie got right.

But when it comes to other comic book characters whose personalities exhibited that of a just and good nature such as Superman’s, those responsible for making the movies seem to always mess them up or give the comic book characters some kind of deep-rooted issues or psychological flaws which never existed originally in the comics.

Yet, someone as demented as Deadpool is the one more people embrace and enjoy seeing on the big screen. For most of them, they see nothing wrong in Deadpool. Nothing at all. The guy is a flipping lunatic but entertaining for anyone who has a twisted sense of humor and enjoys mass amounts of violence.

Truly, we exist in the age of the anti-hero.