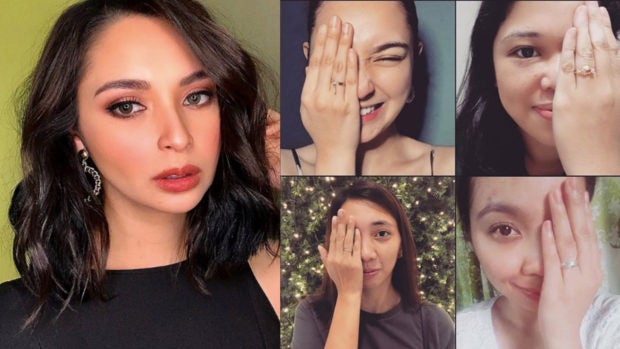 Ryza Cenon (L) in a collage with some of her fans, showing their version of their own “self-love” promise rings. Image: Instagram/@iamryzacenon

More and more people are getting engaged and saying “yes” to self-love, all thanks to Ryza Cenon. The actress’ vow to love herself inspired her fans to follow suit.

Netizens are starting to wear their own version of the “self-love” promise ring which the actress said she will wear to signify her commitment, before she “[gives her] heart to someone else.” Cenon even created a collage that included her photo with those of some of her fans, all of them showcasing their rings, in an Instagram post yesterday, Nov. 24.

“Treat yourself, pamper yourself and do whatever [it is] that makes you happy. Each of us needs a break and deserves some me time,” she added.

Further, the actress’ move also touched her fans who are married.

“I said Yes not to myself but to my husband and I’m still your fan. Hope that’s fine,” Instagram user @iam_eye_rish Irish said. Cenon responded by reposting the fan’s story via Instagram Stories and congratulating her. 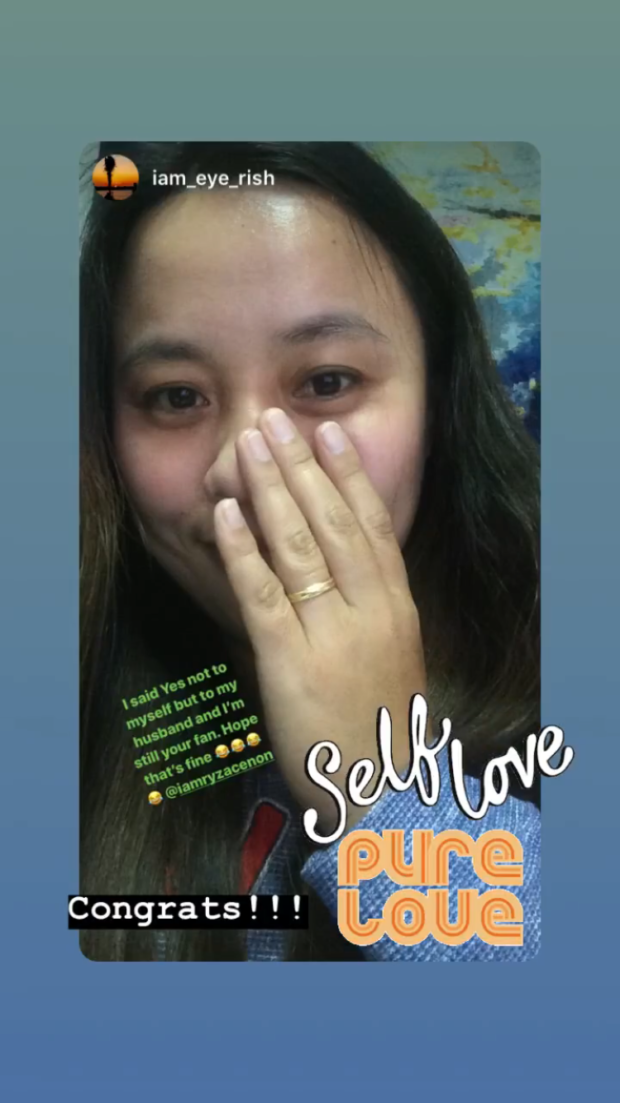 Another netizen, @lonerurbansamurai, took a screenshot of a Facebook relationship status post and noted that the “‘Self-engaged’ revolution begins with @iamryzacenon.” 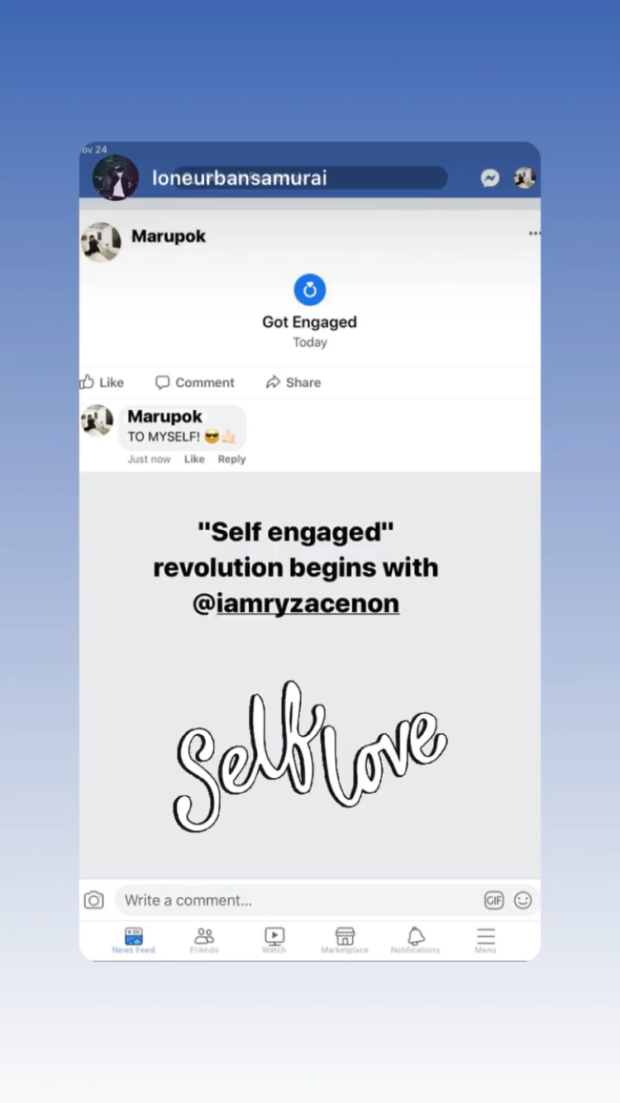 The term “self-partnered” was earlier uttered by British actress, Emma Watson, during her recent exclusive interview with British Vogue. Watson used the term to describe herself as a happily single individual. JB

Emma Watson is very happy as a single woman, calls it ‘being self-partnered’