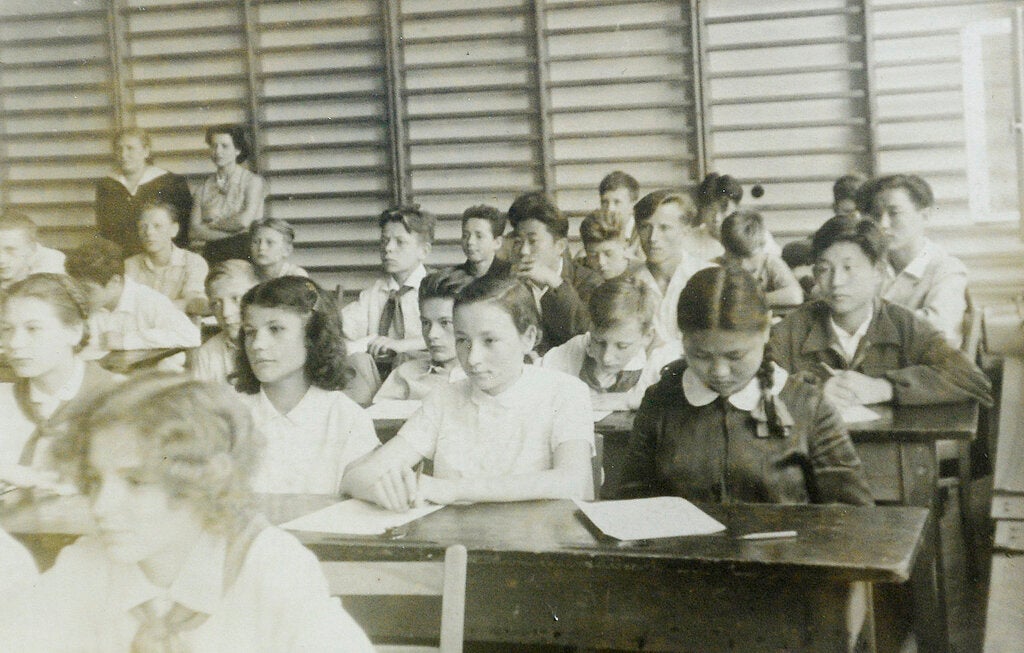 SEOUL, South Korea — Six decades after they returned to their homeland, traces of thousands of North Korean children orphaned by the Korean War linger for the elderly Europeans whose lives they briefly touched.

The scent of the trees they planted. The memories of their innocent faces. The Korean song they sang.

Some 5,000 orphans were sent to live in Poland, Romania, Bulgaria, Hungary, Czechoslovakia and East Germany — all communist allies — as part of Soviet-led projects to reconstruct war-ravaged North Korea.

The orphans studied in local schools and made local friends. Then, abruptly, they were called back to North Korea.

“We weren’t told — not at all — they just stopped coming to school,” said Halina Dobek, 87, who taught some of the orphans in Poland. “These children were leaving Poland with no enthusiasm.”

It’s a mostly forgotten slice of Cold War history, but a new documentary shines light on the lives of the orphans whose departure still weighs on the Europeans who knew them.

The film “Kim Il Sung’s Children” — referring to North Korea’s founder and wartime leader — will be released June 25, the 70th anniversary the Korean War’s start. The three-year conflict destroyed much of North and South Korea, killed more than 1 million people and orphaned an estimated 100,000 children.

Like the war itself, the reconstruction of both countries — including what to do with the orphans — became a part of the Cold War rivalry. At the same time the North Koreans were being sent for education in Eastern Europe, thousands of South Korean orphans were being adopted by families in North America and Western Europe.

“At the time, the United States and the Soviet Union were competing such as who could first send people into space. In this vein, they also competed on ways to show whose political system was more humane and more superior,” said Kim Deog-Young, the film’s director.

When the North Koreans started arriving in Europe, the countries were still reeling from the devastation of World War II. Nevertheless, they were treated well.

The film shows Bulgarians giving flowers to North Korean children, clad in identical dark hats and jackets, upon their arrival in 1952.

Katya Panalotova, who lives in the Bulgarian town of Parvomay, recalls in the film that her new classmates were fed five times a day and wore leather shoes while local students had rubber shoes.

“We played football and volleyball together on a hill. We were like brothers,” Veselin Kolev, another Bulgarian, says in the movie.

Yet there were also darker moments. Some orphans were haunted by memories of wartime bombing and hid under tables when they heard the sound of planes.

North Korea sent its own citizens to Europe to teach the children the Korean language, history and culture, while European teachers handled other subjects. Dobek taught the orphans Polish in Otwock, a town near Warsaw, from 1956-57.

She told AP that the children “needed the warmth of our hearts.”

“The younger ones wanted us to stroke their heads, and give them a hug,” she recalled.

Most of the North Koreans lived in dormitories, but a few stayed with local families.

The film includes footage from the Romanian national archive that shows the orphans saluting a North Korean flag with an image of Kim Il Sung and marching with military-like precision at their new school.

The orphans sang “The Song of General Kim Il Sung” so frequently that some classmates still remember some words. In the film, some elderly Bulgarians sing together in Korean about “our general Kim Il Sung whose name is glorious.”

At Otwock’s Primary School Number 5, where the orphans studied, there are still faded photos of the North Koreans as well as report cards showing they got excellent grades in painting, handicrafts and behavior. In the town, the pine trees the North Koreans planted have grown tall and the remains of an obelisk they put up to memorialize the nations’ friendship can still be found.

Kim visited some of the orphans, including those at Dobek’s school, during a 1956 trip to Eastern Europe.

It was a year later, on Kim’s orders, that the North Koreans started returning home. By 1959, they were all gone.

The film shows footage from 1959 of young North Koreans reaching through train windows for farewell handshakes with Bulgarian friends.

A tearful Maria Yamalieva, from Bulgaria, says she and her North Korean friend Kim Jin Wu cried together while hugging before saying goodbye.

There was never a public explanation for why the orphans were ordered home, but both the film and experts speculate that Kim could have been concerned about the young North Koreans being too influenced by a foreign culture at a time when there were some anti-Soviet protests in Eastern Europe and calls for political reforms.

Once back home, some of the orphans sent letters to teachers and classmates.

Barbara Michalowska, whose mother taught in Otwock, told AP that one student sent her mother a painting he had made of a Korean landscape. She said others wrote letters saying they wished to return to Poland.

After a few years, the letters simply stopped, said Kim Deog-Young, the director.

What happened to most of the orphans is not known, but there are clues about some.

Seo Jae-pyoung, who fled North Korea in 2000, told AP that his Russian language teacher in the 1980s had been sent to Romania as an orphan and reminisced about feasting on bread, milk and cheese while there.

Haesung Lee, chief of Korean studies at Poland’s University of Wroclaw, said three former North Korean diplomats dispatched to Poland and a fourth who taught Polish at a Pyongyang university were orphans sent to Poland.

Their now elderly European friends wish the North Koreans the best, whatever become of them.

“I wish my friends could live as innocently as we did when we were children,” Lilka Anatasova, a 77-year-old Bulgarian, says in the movie, mentioning a few North Koreans by name. “I’ll never forget you.”