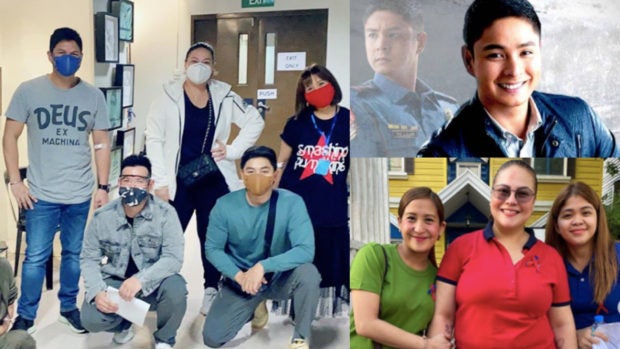 As the entertainment industry adjusts to the “new normal” during the COVID-19 crisis, celebrities are getting tested for the disease before going back to work.

Magdangal and Estrada showed their fellow celebrities wearing face masks for the testing, as seen through their respective Instagram posts last Sunday, June 14.

Estrada said the “Magandang Buhay” hosts and the “Ang Probinsyano” actors were all set to continue working starting yesterday, June 15.

As the media giant ABS-CBN remains shut down, “Ang Probinsyano” along with several Kapamilya shows returned on the new “Kapamilya Channel” on June 13 through Sky, Cablelink and other members of the Philippine Cable Television Association (PCTA). The “Kapamilya Channel” will air 10 episodes of the current season of “Ang Probinsyano” as a recap before the new episodes will be released.

ABS-CBN stopped operating last May following a cease and desist order from the National Telecommunications Commission which cited the expiration of the legislative franchise of the network. JB