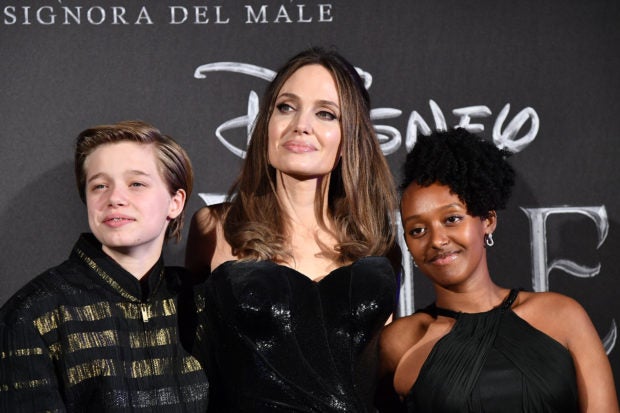 Amid the weeks-long protests against racism in the United States and around the world, actress and humanitarian Angelina Jolie grappled with her white privilege while raising a black daughter and children of color. She happens to be the mother of six children, including Ethiopian adopted daughter Zahara Jolie-Pitt.

Jolie condemned the system that protects her but “might not protect my daughter — or any other man, woman or child in our country based on skin color,” Harper’s Bazaar United Kingdom reported last Friday, June 12. The “Maleficent” star addressed the revitalization of the Black Lives Matter movement, after the death of African American George Floyd at the hands of police.

Jolie called this system “intolerable” and discussed how people can create long-lasting change.

“We need to progress beyond sympathy and good intentions to laws and policies that actually address structural racism and impunity,” she was quoted as saying. “Ending abuses in policing is just the start. It goes far beyond that, to all aspects of society, from our education system to our politics.”

Jolie believes that changes in laws and institutions should be made by “listening to those who have been affected most and whose voices have been excluded” in the past.

“It feels like the world is waking up, and people are forcing a deeper reckoning within their societies,” she added.

The award-winning actress acknowledged in the report that much work needs to be done both in the United States and abroad. She said she is currently focusing on helping globally and domestically, citing that the two are linked together.

“[After] almost two decades of international work, this pandemic and this moment in America has made me rethink the needs and suffering within my own country,” she said in the report. “There are more than 70 million people who have had to flee their homes worldwide because of war and persecution — and there is racism and discrimination in America.”

Jolie also gave advice on how to teach children about race and racism: “[Listen] to those who are being oppressed and never assume to know.

The humanitarian also talked about how the COVID-19 pandemic is affecting the world. She cited the plight of refugees who “have been driven from their homes and countries by bombs, rape and violent persecution in all its forms,” even before the health crisis.

Jolie was formerly married to fellow Hollywood star Brad Pitt. She and Pitt got married in 2014. The actress filed for divorce in September 2016.

The former couple has two biological children, namely Shiloh and the twins Knox and Vivienne. They three adopted kids are Maddox, Pax and Zahara. Cha Lino/JB