Iza Calzado wants better healthcare access for everyone amid COVID-19 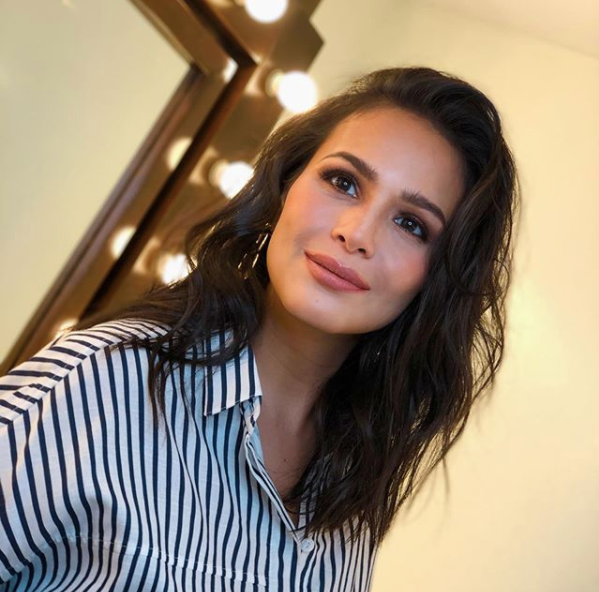 Actress Iza Calzado, who considers herself lucky enough to have access to good hospital services, spoke out about her wish for every Filipino to also get the same kind of treatment.

Calzado imparted some of her realizations during her COVID-19 journey and thanked the frontliners for their service, during her appearance in the TV show “Magandang Buhay”, a clip of which was uploaded at ABS-CBN Entertainment’s YouTube channel on April 6.

Speaking with the show’s host Jolina Magdangal, Melai Cantiveros and Karla Estrada via video conference, Calzado stressed how material wealth became irrelevant when faced with a life and death situation.

Calzado also narrated how she was “well taken cared of in a good hospital,” which prompted her to discuss her wish for a better healthcare system.

(I hope there is no more Filipino who cannot go to the hospital, and has to think about not going to the hospital because they do not have enough money to go there.)

“I wish everybody had access to that kind of healthcare,” she added. “But that’s of course an entirely different topic… one for the new Philippines, kumbaga pagkatapos ng lahat ng ‘to, o habang nangyayari ang lahat ng ‘to (perhaps after all this or maybe while all of this is happening).”

She said the experience made her appreciate the most mundane things in life such as being able to bathe herself, going to the restroom alone and also dancing again.

Calzado also became emotional when addressing her time with the hospital staff at Asian Hospital.

“Nothing is forgotten,” she promised.

Calzado shared an anecdote where she and some of the nurses and doctors at the hospital began crying after informing her that she might be moved to the intensive care unit (ICU). A staff tried boosting Calzado’s spirits by calling her Amihan, which is the name of her character in the 2005 fantasy TV show “Encantadia”.

Calzado also called for the removal of stigma on COVID-19 patients. She cautioned people to be more careful about how they ask others where they got the virus.

(Let us not put a stigma on COVID-19. Those people who went through it, let us not be disgusted by them.)

Calzado emphasized the responsibility of COVID-19 positive patients to inform the people they had interactions with that they have acquired the disease. She also aired her dismay with regard to the discrimination some healthcare workers have been experiencing amid the health crisis.

“Let’s treat each other with compassion and respect,” Calzado appealed.

Last March, the actress was hospitalized for pneumonia before her manager announced on March 28 that she was positive for COVID-19. Calzado’s manager also confirmed days later that the actress has already tested negative for the virus and was free to go home. Cha Lino/JB