‘Lean On Me’ streams increase by 729% after Bill Withers’ death 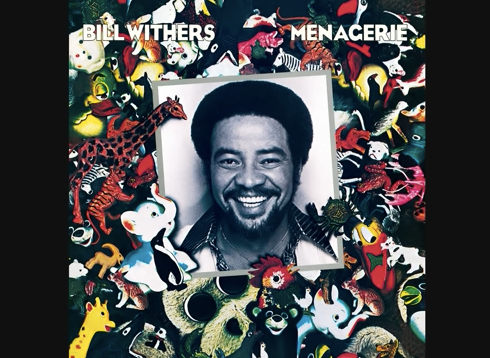 “Lean On Me” earned the late soul icon Bill Withers his first and only number one hit on both the R&B and pop charts at the time of its release in 1972.

The anthem of friendship, which appeared on his sophomore album “Still Bill”, is now experiencing a boom in on-demand streams since Withers’ passing at the age of 81 on Monday, March 30.

The often-covered song is not the only cut from Withers’ catalogue to gain new popularity following the official announcement of his death from heart complications on April 3.

According to initial reports to Nielsen Music/MRC Data, “Lovely Day” and “Ain’t No Sunshine” have respectively generated 3.1 million and 2.7 million streams between April 3 and 5.

Overall, the late soul legend’s catalogue sold 83,000 downloads in the United States over the same period, marking an increase of 7,159% compared to the 1,000 his songs sold between March 31 and April 2.

Several musicians have recently paid tribute to the legacy of Withers, who was once described by drummer Questlove as “the closest thing black people have to a Bruce Springsteen.”

“You taught me so much about how to keep it simple and real. I felt such a kinship with you even before we met. Your words and melodies… the chords that accompanied them… they reached into my soul and spoke to me so deeply. That’s what your music did. It brought so many of us closer to you and to each other,” Justin Timberlake wrote on Instagram.

The American singer-songwriter has professed his admiration for Withers on several occasions, admitting a few years ago that his 2016 hit “Can’t Stop the Feeling” was inspired by Withers’ classic “Lovely Day”.

My Morning Jacket frontman Jim James also honored the late soul singer with a cover of “Lean On Me”, which he performed from his home for “A Late Show with Stephen Colbert”. JB

Read Next
Iza Calzado wants better healthcare access for everyone amid COVID-19
EDITORS' PICK
Palace: Malls, establishments may require customers to use of face shields
Syringes for Pfizer vaccine arriving on December 2 — NVOC chairperson
Smart offers wireless fiber-like speeds to Filipino homes with country’s first 5G Prepaid Home WiFi
Legarda: Ending Violence Against Women, a cause for all
This new condo in the South will make you want to turn a new leaf
Disease expert: Omicron variant may behave like Delta
MOST READ
Bongbong Marcos to face another disqualification case
Christine Bersola, Julius Babao cleared of cancer after colonoscopy, endoscopy
Former PM Abe says Japan, US could not stand by if China attacked Taiwan
Tropical storm intensifies as it approaches PAR
Don't miss out on the latest news and information.