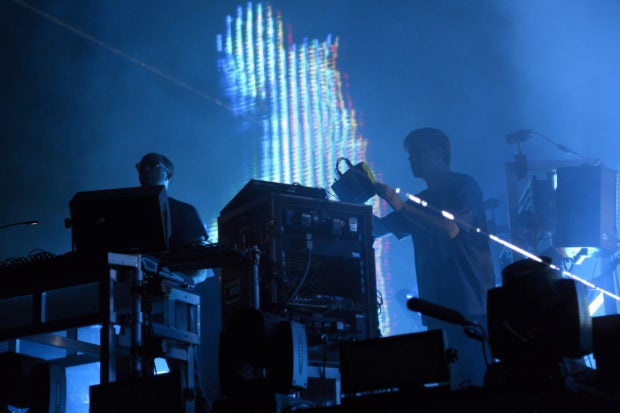 Tom Rowlands and Ed Simons announced the exclusive event on Twitter, inviting fans to the accounts of collaborators Steve Dub, Robin Turner, Beth Orton and Tim Burgess for “reflections and memories of making the album.”

“Exit Planet Dust” Listening Party this Friday 9pm UK time! Follow @chembros @eddychemical @Tim_Burgess @beth_orton @Steve_Dub @robinturner for reflections & memories of making the album. Play or stream along wherever u are & use #timstwitterlisteningparty for your own memories. pic.twitter.com/xrratxmnGu

Following the success of their “Exit Planet Dust” listening party, the Manchester duo will host a similar event for their 1997 sophomore album, “Dig Your Own Hole”.

The virtual listening party will take place on Friday, April 24 at 9 p.m. BST on the Chemical Brothers’ social media.

Like for their previous digital event, The Chemical Brothers will be joined by Tim Burgess, Steve Dub, Robin Tuner and Beth Orton, who will discuss the 11 songs of “Dig Your Own Hole” on Twitter.

Orton was one of the two guest artists featured on The Chemical Brothers’ sophomore full-length, appearing on “Where Do I Begin” while Noel Gallagher contributed to “Setting Sun”.

More recently, The Chemical Brothers released a previously-unheard rendition of Tim Buckley’s “I Never Asked to Be Your Mountain” featuring Orton.

“We must have recorded it around the same time as I made Central Reservation; The Chemical Brothers would have just released ‘Dig Your Own Hole.’ Sometime in 1998 possibly. I imagine the track got put to one side, slotted into that book that I told myself I’d read someday & never did and the track got forgotten. Found by chance last year but released with every intention I hope you enjoy this offering,” the English songstress said of the collaboration on Twitter.

In addition to hosting virtual listening parties, The Chemical Brothers are set to headline the 2020 edition of Electric Picnic alongside Rage Against The Machine, Snow Patrol and Lewis Capaldi.

The three-day festival is scheduled to return to Ireland’s County Laois between Sept. 4 and 6, although the global COVID-19 pandemic casts a shadow of uncertainty over the sold-out event.

“It is five months away. I would be optimistic that Electric Picnic will happen but of course we are in uncharted waters here,” Dennis Desmond, who is the managing director of Ireland’s MCD concert promoter, recently told The Irish Times.

“I’ve no doubt that there will be a relaxation of the restrictions in place but it will probably be some time before we can have 20,000 people in a stadium or in a field,” he added. JB

Read Next
‘Lean On Me’ streams increase by 729% after Bill Withers’ death
EDITORS' PICK
After Duterte push, House tackles death penalty bills amid pandemic
Smart 5G goes live
On becoming a champion of protection
DOH, LGUs to go house-to-house in select brgys to identify those with COVID-19 symptoms
SWS: Around 3.5M adult Filipinos got stranded in July due to quarantine
Water remains our saving grace right now
MOST READ
Inflation quickens to 2.7 percent in July
2 Filipinos die, 6 others injured in Beirut blasts — DFA
P15 billion went to PhilHealth ‘syndicate’ – whistleblower
Arroyo hits critics of Duterte’s COVID-19 response: So easy to play Monday morning quarterback
Don't miss out on the latest news and information.

DOH, LGUs to go house-to-house in select brgys to identify those with COVID-19 symptoms

PhilHealth witness backs out of probe due to safety concern, says Lacson