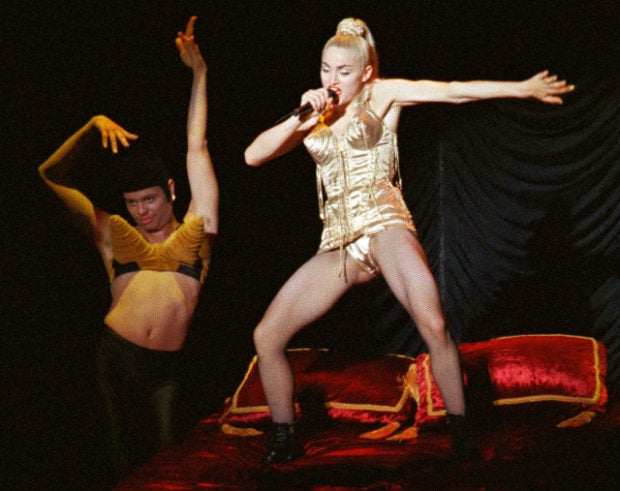 U.S. pop star Madonna performs on top of a bed on stage during the kick-off of the so-called “Blonde Ambition” world tour in the Chiba Marine Stadium 13 April 1990 at Makuhari, Japan. Image: MARK ROBINSON/AFP

Coronavirus angst has the world washing its hands with newfound vigor — but the performing arts world wringing them, as directives to scrap mass events threaten the entertainment world with economic chaos.

Pearl Jam, Madonna and Santana are among the A-list artists who’ve dropped or postponed concert dates at home and abroad over virus fears, with fine arts venues like the Boston Symphony Orchestra and New York’s American Ballet Theater also canceling tours in Asia and the Middle East.

Elvan Sahin, a 32-year-old Manhattan resident, decided against attending a classical music concert this week at New York’s Lincoln Center over the coronavirus, saying: “I think I’m going to be more comfortable sitting this out.”

“I’m used to tuning out the hype and exaggeration around hurricanes and snowstorms, but this whole contagious virus thing is new to me,” she told AFP.

“I know I sound crazy — but I’m not handling it very calmly.”

Kevin Lyman, founder of the Warped Tour — a traveling rock tour that ran from 1995-2019 — said the last time he witnessed such entertainment industry chaos was post-September 11.

Amid that shock, he recalls the first reaction was “to keep the show going.”

“And of course it didn’t,” he told AFP. “The music business shut down for a while.” 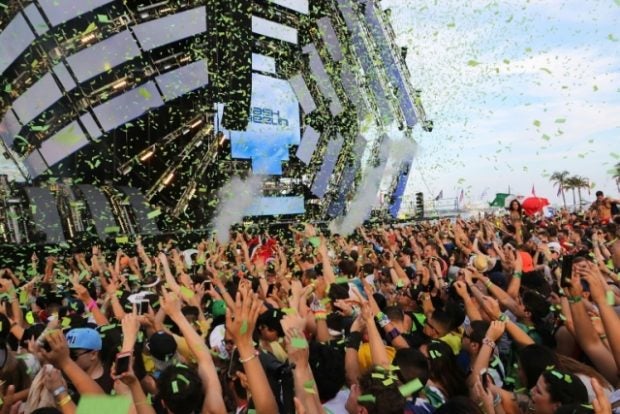 Adam Siegel, the entertainment manager at American Agents & Brokers — an insurance company whose clients include Ultra — said that massive events like Coachella might have four to five different insurance policies.

Terrorism insurance has been commonplace since 9/11, and many American events now buy active shooter insurance, he said — but the average contract doesn’t have a clause for communicable disease threats.

Now it’s too late: “You can’t get insurance on a building when it’s already on fire.”

“If they have a policy that’s going to respond, in most cases we need a government entity of some sort to pull the plug,” Siegel said.

That requirement is likely why California’s Coachella festival — which has been sold out for months, and expects 125,000 fans daily over the two April weekends — waited until Riverside County declared a public health emergency, and ordered the rescheduling.

A mandate from Riverside County — the municipal authority where the desert music festival takes place — to cancel or move the show would trigger any protective insurance policy promoters have, Siegel said.

It could also allow events to exercise a “force majeure” clause in performance contracts, which waive financial liability between promoters and artists in the case of extreme, unpredictable emergencies.

Coachella nets between $75 million and $100 million in profits each year, according to the LA Times.

For now, it’s just postponed, but in the event of cancellation, an insurance payout due to force majeure could hover between $150 and 200 million.

Depending on individual contracts, artists would likely keep whatever payouts they’ve already received but might be out money already spent on set production.

In the end, “it always is going to come back to what the actual cause of loss was and if that was a covered peril in your policy,” Siegel said. “It’s not black and white. It’s open to interpretation.”

The economic consequences of pushing back or canceling major festivals and events reach far beyond promoters and artists, Siegel said.

“There’s a lot at stake,” he said. “There’s a lot more people that are in this food chain that are going to be affected — vendors, crew, local businesses.”

“In a gig economy, many people who have been booked to work Coachella, for example, could be out a lot of money.”

Just under 400,000 people live in the Coachella Valley, with a population that skews older — the very people coronavirus could hit hardest.

But it’s also a zone where tourism reigns: the Palm Springs-area visitors bureau says the $7 billion-industry supports one in four jobs.

Large entertainment companies like AEG — the parent company of GoldenVoice, which puts on Coachella — or Live Nation will “take a hit,” he said, but it’s the independent club owners facing serious financial threats.

“Those small people that depend on the weekly business that don’t have big reserve funds — it could be devastating,” he said.

“Every day that goes longer, it’ll hit them to a greater degree.”

But as the world reels from cancellations, it appears venues can count on at least one artist to stick it out.

Bob Dylan, 78, on Monday announced a summer North American tour, on top of April’s schedule that has him playing 14 dates in Japan. NVG