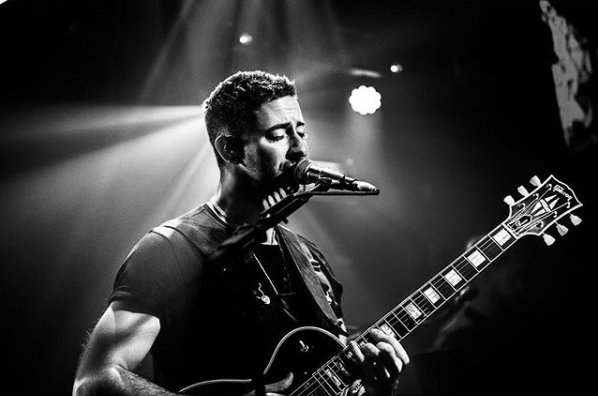 British singer-songwriter Bruno Major will no longer be joining the Wanderland Music and Arts Festival this March due to fears surrounding the novel coronavirus (COVID-19) outbreak.

The event organizers, however, said that they will pull through with the music festival and welcomed Barbie Almalbis as the newest addition to their line up. The two-day music festival is set to happen on March 7 and 8 at the Filinvest City Events Grounds in Alabang.

Major stated that after much deliberation, his team decided to postpone his shows in Asia, as seen on his Instagram post yesterday, Feb. 24. Major rescheduled his shows in Singapore, Taiwan, Hong Kong, Japan and South Korea. He also expressed regret to no longer be performing in two music festivals, namely, the VERY Festival in Bangkok, Thailand and Wanderland in the Philippines.

“Both I and my team feel that due to escalating health and travel concerns related to the Coronavirus, putting on shows in certain countries at this point would be irresponsible,” Major said.

Major also apologized to his fans for the inconvenience. Despite some cancelations, Major gave some good news that he will still be performing at the Java Jazz Festival in Indonesia and the Dubai Jazz festival in the United Arab Emirates.

“Please know that this is not a decision I have made lightly,” he added. “In the two and a half years since I have been touring heavily, I haven’t missed a single show [—] despite losing my voice or being injured or logistical problems. The current situation however is out of my control.”

He also advised his fans to “keep safe and strong.”

Wanderland also updated its attendees about the change of performers on its Facebook page yesterday.

“These past few weeks have truly been a test of grit, endurance, and teamwork for us and only one thing proves to be certain — for Wanderland, we will always bounce back,” the organizers said.

We are saddened to announce that due to unexpected travel restrictions in several Asian countries, Bruno Major will be…

Before Major, two other performers have already dropped out of the music festival’s line up. American singer Sabrina Claudio canceled her attendance at the event due to “schedule conflicts” last Feb. 10.

Due to schedule/routing conflicts, we regret to announce that Sabrina Claudio is unable to perform at…

Indie rock artist Novo Amor also postponed his shows in Asia, which includes Wanderland, according to the event organizer’s post on Feb. 5

“I’ve had to postpone my shows in China, which means I’m no longer able to travel to the region,” the musician was quoted as saying.

We are sad to announce that Novo Amor will be unable to perform at #WanderlandMusicFest 2020.Kindly see his statement below. Thank you, Wanderers for your kind understanding.

Posted by Wanderland on Wednesday, February 5, 2020

The music festival’s current line up includes international artists such as Joji, No Rome, Foals and Niki, among others. It will also showcase some of the country’s well-known bands such as Ben&Ben, IV of Spades, Urbandub and more.

Meanwhile, the coronavirus outbreak which started in China has so far infected over 77,000 people around the globe. JB

Man pushes emergency stop on train after someone coughed