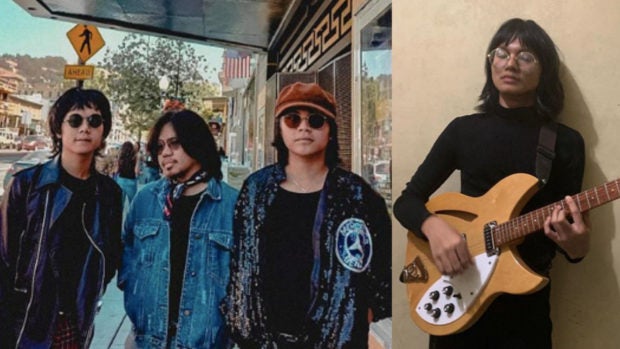 After IV of Spades fans expressed their outrage towards Viva Records for allegedly not giving credit to Zildjian Benitez, the band’s bassist, as the co-writer of “Mundo”, Unique Salonga’s mother asserted that Unique was the “original composer” of the track.

Viva Records released a music video of IV of Spade’s hit song covered by Raphiel Shannon for the movie “On Vodka, Beers, and Regrets”. The recording label credited Unique, the former vocalist of IV of Spades, as the sole composer of the song, as seen on its YouTube channel on Feb. 7.

IV of Spades fans took to Twitter to air their dismay regarding the supposed lapse on crediting Benitez. Some fans also signed an online petition to give the bassist credits on the video.

Photos of the video were shown by the user, zooming in on its caption which states that “Mundo” was “[w]ritten by Unique T. Salonga.”

The fan claimed, “‘Mundo’ was written by Unique Salonga AND Zild Benitez.” The fan stressed that the song is also Benitez’s “intellectual property.”

I thought you're all about promoting OPM music? Ano 'to, @VivaRecords?

"Mundo" was written by Unique Salonga AND Zild Benitez.

The song belongs also to Zild, not just Unique. It's still his intellectual property.

I AM CALLING YOU OUT VIVA RECORDS!! pic.twitter.com/RmR719taQ0

The hashtag #GiveCreditsToZildBenitez made its way to Twitter’s trending topics as more and more fans created their own discussions about the topic. To support the IV of Spades member, a certain @spunishbread opened an online petition, as seen on the fan’s post yesterday, Feb. 17.

The petition has over 4,300 signatures, as of writing.

Hi. I filed an online petition to #GiveCreditsToZildBenitez. Please sign it, it'll be a huge help.https://t.co/amxkoWKkRN

Zild Benitez’s mother, Jennifer, also cried foul over the “Mundo” cover on her Facebook account yesterday. Zild’s mother shared the online petition with her friends, demanding “respect” for her son.

“MY SON ZILD IS A LEGITIMATE CO WRITER OF [‘MUNDO’],” she declared.

Meanwhile, Unique Salonga’s mother spoke up on her son’s defense as well. Llewelyn Torralba took a silhouette picture of Unique on her Facebook account yesterday.

Torralba described her son as “a very good singer and a very talented artist” and maintained that Unique was “the ORIGINAL composer of the song [‘MUNDO’].”

The proud mother also promised her son, “Mama will always protect all your creations!”

Torralba also took a swipe at his son’s basher using the hashtags #MundoByUnique and #MoveOnNaKasiKayo (just move on).

A silhoutte picture of a very good singer and a very talented artist..the ORIGINAL composer of the song, MUNDO, my unico…

A fan replied to Torralba with a screenshot of the song’s credits on the music streaming app Spotify, where IV of Spade’s profile gives credit to both Zild and Unique as the writers of “Mundo”.

As of writing, both Unique and IV of Spades have yet to release a statement on the issue.

Unique shocked fans by his sudden departure from the band to pursue a music career as a solo artist in 2018. JB

Read Next
Taylor Swift’s father safe after fight with burglar
EDITORS' PICK
Metro Manila posts lowest temperature yet this ‘amihan’ season at 19°C
Acer starts the year off strong with the Aspire Vero National Geographic Edition
Over 3 Million worth of prizes to be won at Smart Padala’s SENDali Manalo Promo!
Gear up and get ready to play with Yamaha Mio Gear
DOH: 28,471 new COVID-19 cases in PH; active cases now 284,458
On Day 2 of implementation, gov’t says workers now exempt from ‘no vax, no ride’ policy
MOST READ
Derek Ramsay on being married to Ellen Adarna: ‘Gumaan ‘yung mundo ko’
Emma Stone calls Andrew Garfield a ‘jerk’ after he ‘lied’ about his ‘Spider-Man: No Way Home’ appearance
Lucky plants to grow in 2022
Retirements prompting major reshuffle in PH military
Don't miss out on the latest news and information.