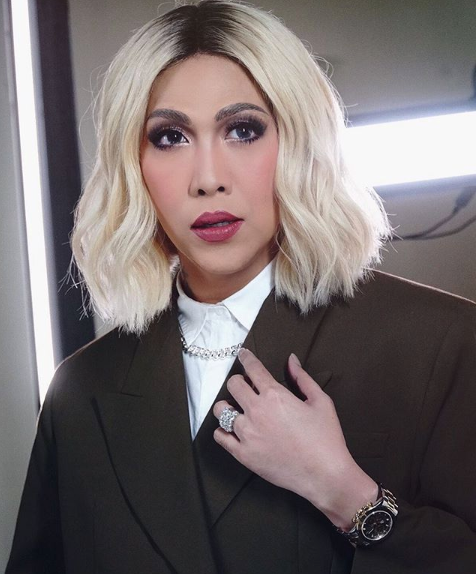 Vice Ganda aired out his frustration with regard to internet trolls spreading inaccurate information about his home media network, ABS-CBN, amid its pending franchise renewal.

While the media conglomerate’s legislative franchise renewal is currently being discussed in Congress, the TV network denied allegations that it had unpaid taxes to the Bureau of Internal Revenue (BIR) as well as to any financial institution yesterday, Feb. 11.

The comedian tried to make light of the situation by addressing the trolls in a humorous way on his Twitter account on the same day. Vice listed a series of fees that the media company could be accused of failing to pay by detractors, to the point of absurdity.

(Tomorrow the trolls will say ABS-CBN did not pay its electricity bill, then its water bill, then the bill for its cable connection.)

(Then [they will say] it did not pay for its Grab, then milk tea, then in [the card game] tong-its, then even in a money-lending scheme.)

Lawmakers are also in dispute with regard to the validity and longevity of ABS-CBN’s operations while its franchise approval is still pending.

Senate President Vicente Sotto III and Isabela Rep. Antonio Albano said that while the bills for its franchise extension were still pending, the TV network could still operate. Meanwhile, Senate Minority Leader Franklin Drilon disagreed, saying the media company could not operate without a renewed franchise.

Some of the biggest stars working for the media company have rallied behind their home network by urging their fans to sign an online petition to immediately pass the bill toward ABS-CBN’s franchise renewal. Celebrities from its rival network, GMA, have also extended their support to the media company on their social media accounts.