Vice Ganda on public support for him and Ion | Inquirer Entertainment 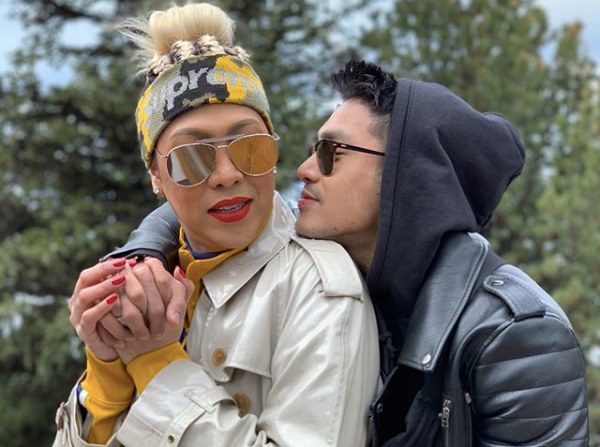 Noontime TV host Vice Ganda is overwhelmed by his fans’ support for his relationship with model Ion Perez. After going public recently about his boyfriend, the comedian has been very open about expressing his love for his partner.

His happiness was met with love by fans and friends. The comedian expressed his gratitude to his followers on Twitter yesterday, Nov. 27.

“[I] was reading the comments on my last ig post and it was overwhelming,” Vice said. “Andaming masaya para sa amin ni Ion (A lot are happy for me and Ion).”

Vice acknowledged all the well-wishes, stating that it was nice to think there were plenty of people who can find joy over other people’s happiness.

Vice was referring to his birthday greeting to Perez on the same day, seen on Instagram. The comedian wrote about the struggle of being in the business of making people laugh while he was unhappy. He also claimed that Perez saved him and took all the pain he felt.

“Sya lang yung may tapang na mahalin ako at ipagmalaki ito (He is the only one who had the courage to love me and be proud to be with me).”

The host’s birthday greeting also included some wishes for Perez. Vice said he hopes no one would ever harm Perez, as he expressed his desire to spend the rest of his life with his partner.

Other celebrities who also showed their love and support for the happy couple included KC Concepcion, Maymay Entrata and one of Vice’s co-host in the noontime show “It’s Showtime”, Jugs Jugueta. Angelica Panganiban also cheered the couple on, as she greeted Perez happy birthday.

Vice revealed earlier this month that he and Perez have already been a couple for more a year before they confirmed their relationship. Perez celebrated his 29th birthday yesterday, Nov. 27. JB