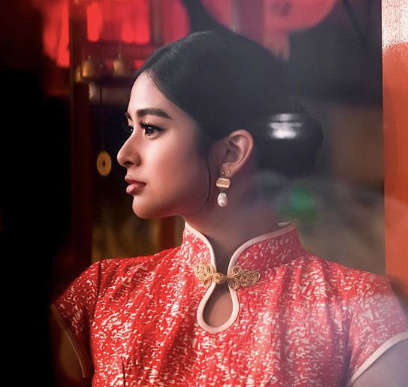 A few weeks after hinting at her “special project,” Garcia broke the news to her fans via Instagram yesterday, Feb. 7. The actress showed some of her stunning shots while she was in the East Asian country.

Garcia went to Taipei and explored its local street foods. She also got to wear a red traditional Chinese dress while sporting an elegant bun hairstyle.

The actress apparently loves her new role as she stated, “[S]hooting this didn’t feel like work at all!”

Garcia hinted at becoming Taiwan’s newest tourism ambassador last January when she announced her arrival to the country. The actress looked fresh while sporting an earth-toned outfit, as seen on her Instagram post on Jan. 14.

She leaned on her silver suitcase while announcing, “Touchdown, Taiwan.”

While in that country, the actress took a stroll at one of its famous landmarks, the Chiang Kai-shek Memorial Hall. Garcia rocked a pair of knee-high boots and a beige jacket paired with a black cap.

Garcia also commended her amazing team on a separate post. “Worked with amazing people, in a beautiful place,” she said.

The actress showed photos of some of the scenic views in Taipei as well as of her team during the shoot.