Andrea Brillantes on playing Marga Mondragon: ‘The best risk I ever took’ 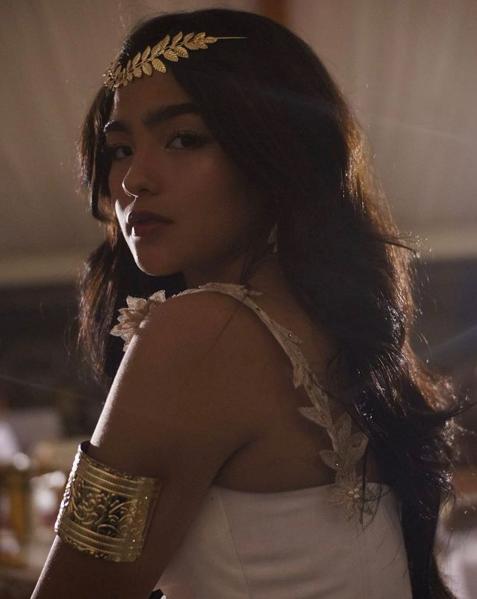 After teen actress Andrea Brillantes took one of her biggest roles as Margaret Mondragon in “Kadenang Ginto,” she revealed that she had actually hesitated before accepting it.

The TV drama aired its final episode yesterday, Feb. 7. As a way to honor her character, Brillantes reminisced when the role was pitched to her in 2018 in her Instagram post on the same day.

“I was really having doubts on whether I should accept this or not,” she said. “This was my first kontrabida (villain) role and I didn’t know if [I] had what it takes to deliver.”

Brillantes also expressed that she was “more grateful than ever” for the experience. She then thanked her fans for their love and support.

Brillantes played Marga, the daughter of the fierce Daniela Mondragon (Dimples Romana). Daniela had a long-standing rivalry with Romina Andrada-Mondragon (Beauty Gonzalez) due to conflicts in love and family. Marga herself became the rival of Romina’s daughter Cassandra, who was played by her fellow teen actress, Francine Diaz.

Brillantes’ on-screen mother, Romana, also revealed that despite her character’s scary demeanor, she was the exact opposite in real life.

‘Kadenang Ginto’ gets adapted in Indonesia