Ellen Adarna sang along to the tunes of the indie-pop group LANY when she saw them perform in her home-city of Cebu last Sunday, Feb. 2.

The group joined local musicians at the Plus63 Music & Arts Festival, as seen in the event’s Facebook page on the same day.

The day after, Adarna uploaded photos of her enjoying the music festival with friends.

“ILYSB LANY,” she said, referencing one of the band’s popular songs “ILYSB.”

Adarna and her companions, including furniture designer Vito Selma, spent the music-filled night from what seemed to be a VIP area while they sipped on some alcoholic drinks.

The actress also let her hair down as she grooved to the tunes of the musicians, as seen in a post by Selma, which Adarna shared on her Instagram Stories. 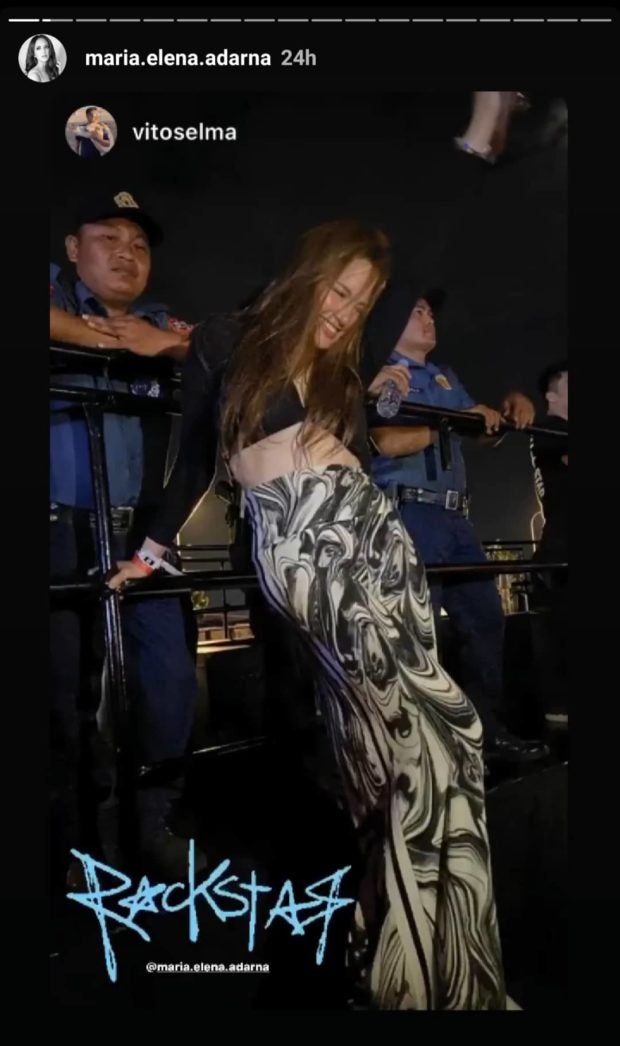 Meanwhile, Adarna sparked rumors of her possibly dating a new man when she posted pictures from her trip in Spain last week. She was seen hugging a man who she identified as Carlos Lemus.

Adarna was previously in a relationship with John Lloyd Cruz. They were rumored to have begun dating back in 2017. The year after, they welcomed a son together.  /ra