Ellen Adarna has given a peek at her travels in Europe, including some companions whom she bonded with in her few weeks in Spain.

The actress shared pictures of her travels on Instagram last Jan. 23. One of them shows her hugging a man who is only identified as Carlos Lemus. The picture was taken in Spain, which she captioned, “Central America in Madrid.” 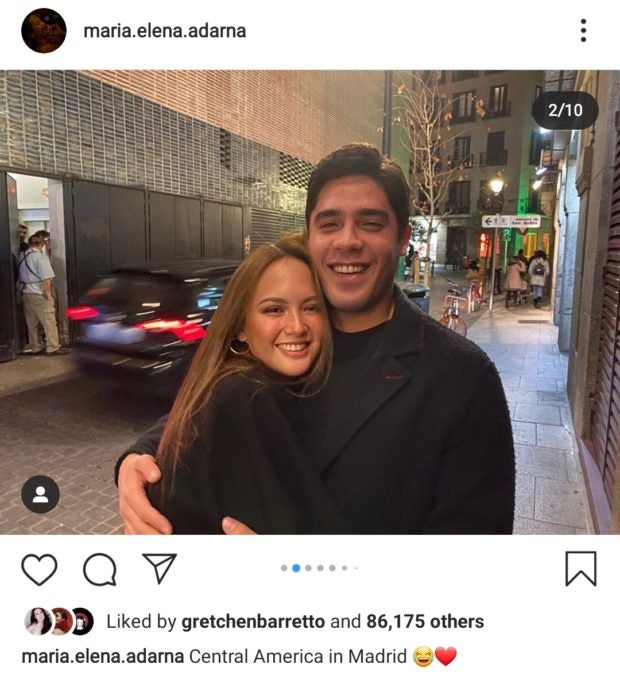 She also tagged him in a picture last Jan. 25 where their backs face the camera. Lemus replied with heart-eyed emoji and red heart emoji on the picture of them together.

Adarna has yet to elaborate further on their relationship, but she has been one to keep her love life under wraps. In the meantime, she enjoyed her tour in Spain with fashion designer and singer Kate Torralba—the two even sang in the streets of San Sebastian, as per Torralba’s Instagram last Jan. 19.

Adarna was previously in a relationship with John Lloyd Cruz; it was rumored that they began dating in 2017. The following year, they welcomed a son together. The two reportedly split in August 2019, as per a report on TV5’s “Aksyon Prime.”  /ra