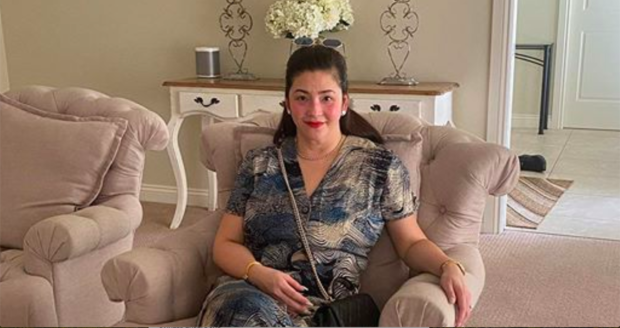 Regine Velasquez reminded her social media followers that she has dyslexia (reading disorder) after she drew flak for misspelling Kobe Bryant’s name in her tribute to the late basketball star.

Asia’s Songbird uploaded a photo of the NBA legend on her Instagram page yesterday, Jan. 27, following the news of his death the day before. Bryant died in a tragic helicopter crash in Calabasas in California, USA.

FEATURED STORIES
ENTERTAINMENT
‘Not my loss’: Did Kris Aquino just comment on her breakup with Mel Sarmiento?
ENTERTAINMENT
Wendell Ramos finally gets to hold his newborn for the 1st time
ENTERTAINMENT
Tito, Vic and Joey still not quitting, breaking trends as they celebrate 50th year in the biz
View this post on Instagram

The singer initially misspelled the athlete’s name as “Coby.” Netizens quickly took notice of her mistake and reportedly left negative remarks on her post.

Moments later, Velasquez corrected her spelling of Bryant’s name and removed all comments from her post. She also addressed the rude comments through her Twitter page.

“I always make a mistake with spelling [someone’s] name you can correct me without embarrassing me and it’s ok,” she said.

The singer then reminded her followers that she has dyslexia and experiences difficulty with spelling.

“Please be kind again you can correct me without making me feel bad,” Velasquez appealed.

Velasquez first admitted that she had dyslexia in an interview with Philippine Entertainment Portal back in 2012. Despite having the learning disorder, she assured her fans that it did not prove to be a hindrance to her singing career.  /ra

LOOK: Regine Velasquez, Sarah Geronimo gear up for concert together

Read Next
LOOK: Nadine Lustre, James Reid together for ‘pasta night’ with friends
EDITORS' PICK
Comelec division junks petition to cancel Marcos COC for president
Acer starts the year off strong with the Aspire Vero National Geographic Edition
PH logs 37,070 more COVID-19 cases; over 33K others recover
‘Not yet the end’: Lawyer says Marcos Jr’s DQ cases to take lengthy process
The best of bayside and city living at SMDC’s Sail Residences
Over 3 Million worth of prizes to be won at Smart Padala’s SENDali Manalo Promo!
MOST READ
NBI foils escape attempt of Kerwin Espinosa, two others
Marcos camp ‘extends hand of unity’ after COC cancellation bid is thrown out
Wendell Ramos finally gets to hold his newborn for the 1st time
No vaccine, no French Open for Djokovic, says French Sports ministry
Follow @RArcadioINQ on Twitter
Don't miss out on the latest news and information.