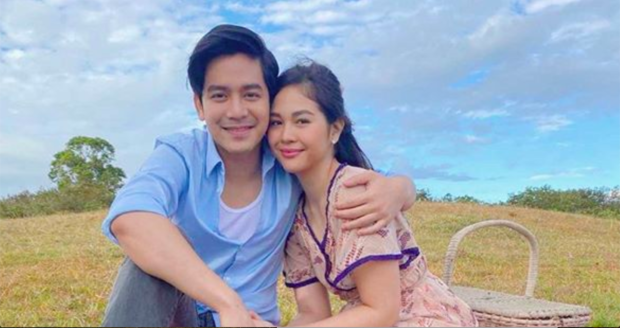 Joshua Garcia has made it clear that he and Janella Salvador are not in a relationship despite the rumors surrounding them. The two starred opposite each other in the recently concluded TV drama series “The Killer Bride.”

Garcia addressed the speculations during his guesting on “Tonight with Boy Abunda” alongside his “Block Z” co-stars McCoy de Leon and Yves Flores, posted on the show’s YouTube channel today, Jan. 29.

During the program, Boy Abunda first pointed out that he had noticed teasing between the two actors.

“I think there was an interview where you said kung may mamahalin ka habang buhay ay si Janella (if you were to love someone for life it would be Janella),” the talk show host added. “You call her ‘baby.’”

These instances later led their fans to wonder if the two actors were in a romantic relationship.

The actor also explained that he posted a photo of him and Salvador before to let others know that they were friends. Garcia uploaded a picture of them on his Instagram page on Jan. 12.

“I am lucky to have a friend like you,” he said at the time.

Garcia also said that people might have thought there was “something” between them during the last day of their show because they said they would really miss each other. Following the finale of “The Killer Bride” earlier this month, Salvador penned a short yet sweet message for Garcia on Instagram.

The actress thanked Garcia for “being such a wonderful leading man” and called him a friend who is “so much like [her].”

Garcia echoed her statement on the talk show, saying: “Si Janella kasi, siya yung friend ko na katulad ko, parang ako. Ang dami naming similarities (Janella is the kind of friend that is just like me. We have so many similarities).”

“Gusto ko siya maging kaibigan habang buhay more than maging girlfriend (I want her to be more my friend for life than being my girlfriend),” Garcia added.  /ra