At Harvey Weinstein’s trial, a big role for other accusers 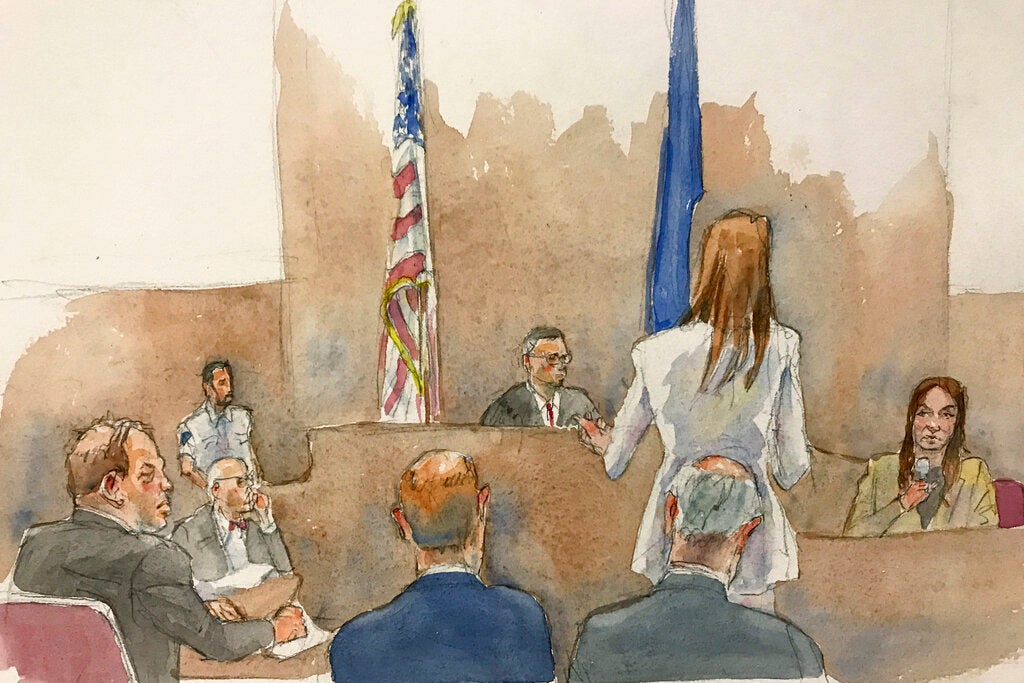 NEW YORK  — In his former life as a Hollywood big shot, Harvey Weinstein knew the importance of a good supporting role. In his New York City trial, it’s the prosecution’s supporting witnesses who could a big factor in whether he goes to prison.

While Weinstein is charged in sexual attacks on two women, Manhattan prosecutors are having four more to testify about alleged misconduct as part of an effort to portray him as a serial offender.

The same strategy helped convict comedian Bill Cosby at his Pennsylvania molestation retrial in 2018. There, prosecutors brought in five additional accusers, even though Cosby was only charged with sexually assaulting one woman.

“The problem becomes: How is it fair to Weinstein to have the prosecution bring in now six women that are going to testify about these incidents, many of which are beyond the statute of limitations?” said Frank Perrone, a lawyer and former prosecutor who is not involved in the case.

Legal experts said that while New York law greatly limits how much a jury can hear about a defendant’s past, uncharged misbehavior, there are circumstances where it is allowed.

The testimony can’t be used to suggest that Weinstein had a propensity to engage in sex crimes, but can be used to explore things like motive, opportunity, intent and a common scheme or plan.

Weinstein, 67, is charged with sexually assaulting Mimi Haleyi, a former “Project Runway” production assistant, at his Manhattan apartment in 2006. She testified Monday. He’s also accused of raping another woman, an aspiring actress, at a hotel in the city in 2013. She’ll testify later in the trial.

Weinstein says any sexual encounters were consensual, and his lawyers have sought to sow doubts about his accusers’ credibility.

Jurors last week also heard emotional testimony from actress Annabella Sciorra, who said Weinstein raped her more than 25 years ago. The state’s statue of limitations bars a rape prosecution, but Sciorra’s allegations have been incorporated into formal charges that the two later alleged attacks were part of a pattern of predatory behavior.

Additionally, prosecutors are set to call three more women to the stand in coming days to testify about alleged encounters with Weinstein. All three were aspiring actresses. All were in their early 20s when they say they were assaulted. All say they had looked to Weinstein for career development, not romance.

Tarale Wulff alleges Weinstein raped her at his SoHo apartment in 2005 after luring her there with a ruse of reading a movie script.

Dawn Dunning alleges Weinstein groped her at a business meeting in 2004 and said he’d give her movie roles if she agreed to three-way sex.

A third woman, an aspiring actress from Pennsylvania, alleges Weinstein masturbated in front of her and groped her breast in a Beverly Hills hotel room in February 2013. Her allegation is part of a criminal case filed against Weinstein in California on Jan. 6, just as jury selection was starting in his New York trial. The others haven’t been the subject of charges because they are outside the statute of limitations in effect at the time.

Weinstein lawyer Damon Cheronis said the extra witnesses are a distraction. He told jurors in an opening statement that prosecutors’ strategy “is not going to work.”

The Associated Press does not name victims of sexual assault in stories unless they consent to their stories being told publicly, as Dunning, Wulff, Haleyi and Sciorra have done.

Rules vary by state on calling witnesses to testify about “prior bad acts” outside the actual charges. New York’s rules, shaped by a landmark decision in a 1901 poisoning case, are among the more restrictive.

In the case, People v. Molineux, the state’s highest court reversed the conviction of a chemist accused of poisoning a rival with cyanide-laced seltzer because prosecutors had relied too heavily on evidence suggesting he previously poisoned someone else.

Today, people testifying in New York about prior bad acts are known as Molineux witnesses.

In the past, in many states, judges ruled to limit that kind of testimony over concerns it would prejudice the jury against the defendant, but now that’s changed, said Brian McMonagle, who represented Cosby in his first trial in 2017, which ended with a jury deadlock after just one other accuser was allowed to testify.

The judge overseeing Weinstein’s case, James Burke, ruled before trial that Wulff, Dunning and the third actress could all testify without unfairly damaging the defense.

Even that could be noteworthy, said Paul DerOhannesian, an Albany defense lawyer and former sex crimes prosecutor.

“This decision is testing the limits of New York principles, in terms of admitting prior acts of sexual contact between the defendant and another person,” said DerOhannesian, who is the author of a legal guide to sexual assault trials.

Last summer, the state’s appeals court reversed a man’s child sex abuse conviction because it found that the other uncharged allegations prosecutors included in their case “did not bear a sufficient similarity.”

In Weinstein’s case, “the defense has a lot of arguments to make here should there be a conviction, and the question will be whether the courts are willing to change the law — whether they will redefine where the border is,” DerOhannesian said.

To Galluzzo, Weinstein’s case raises questions about not only when it’s fair to allow “prior bad act” witnesses, but to what extent.

“How do you decide how many are permitted?” he asked. “Are we really applying legal analysis, or are we saying, ‘Well, we need to tip the scales a little bit?’”

“I’m not sure how we’re drawing the line,” he said.