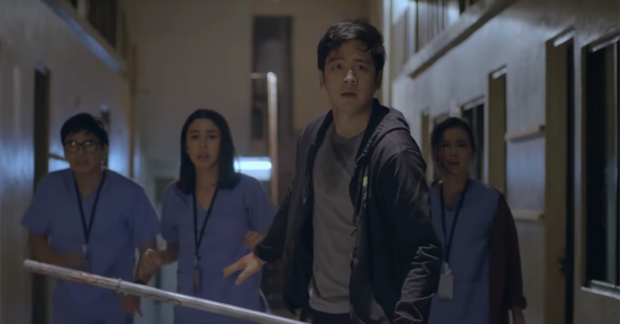 Joshua Garcia and Julia Barretto are students forced to stand together against a zombie outbreak in “Block Z.”  Image: screengrab via YouTube/Star Cinema

Julia Barretto and Joshua Garcia struggle to survive attacks from the undead in their upcoming horror film “Block Z.”

The trailer, released on Tuesday, Dec. 31, shows a group of university students including Barretto, a medical student, and Garcia, a basketball player, forced to stand together against a zombie outbreak.

The desperation to live could drive some to make selfish choices, while others find strength in it. When survival means fighting back, the group equip themselves with weapons. At one point Barretto wields an axe.

The film is directed by acclaimed director Mikhail Red, known for thrillers with social commentary like “Birdshot” and “Dead Kids.”