The 1975 postpone release date for ‘Notes on a Conditional Form’ 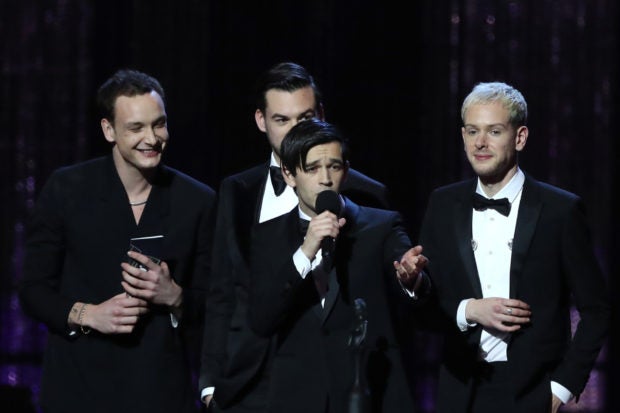 In a recent Instagram Live, frontman Matt Healy told fans that they were still adding the final touches to the much-anticipated follow-up to 2018’s “A Brief Inquiry Into Online Relationships”.

“It takes like three months or something to physically make a record on vinyl so it comes out on the 24th of April, I think. Sorry if that’s annoying or whatever… For the sake of a couple of months, in the grand scheme of things [the delay] doesn’t really make any difference,” he said, adding that he was “really proud” of the upcoming 22-track album.

The British band’s fourth studio album was originally set to arrive on Feb. 21.

While the full-length is still in the works, Healey revealed that the band is planning on releasing four more cuts from “Notes on a Conditional Form”.

Among them are “Me and You Together Song”, which will premiere at 7 p.m. (UTC) on Jan. 16 on BBC Radio 1 as Annie Mac’s Hottest Record.

Healy previously described the upcoming “Me and You Together Song” as a “really lovely” and “sad” banger, which he composed for “that film [he] started writing.”

These past few months, the British rockers previewed their fourth studio album with “People”, and “Frail State of Mind” as well as a new version of “The 1975”, which notably featured Swedish climate change activist Greta Thunberg.

Last October, Healy opened up about the inspiration behind “Notes on a Conditional Form”, which marks the second installment of the 1975’s “Music for Cars” series.

“I feel like people have been thinking or talking about this process of us making it in a very different way to have we been actually making it. I’m always going to put out what I think is my best record, but people when they talk about it, I suppose they see it as this big deal — this ‘follow up’ to ‘A Brief Inquiry [Into Online Relationships]’. Honestly, whether it’s due to time, or just even minutes to get retrospect, we haven’t thought about that sh*t at all,” he told Coup de Main at the time.

In addition to working on “Notes on a Conditional Form”, The 1975 recently signed an emergency climate campaign by Music Declares Emergency alongside the likes of the xx, IDLES, and Nadine Shah. IB/RGA