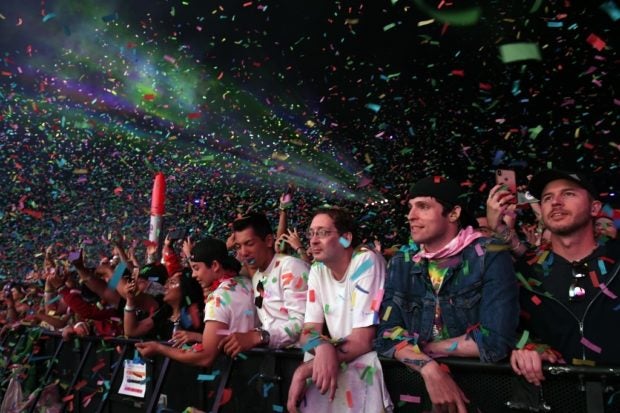 YouTube Originals is partnering with the Coachella Valley Music and Arts Festival for a special documentary celebrating the festival’s 20th anniversary.

According to a press statement from YouTube, “Coachella: 20 Years in the Desert” will include “exclusive, never-before-seen footage and interviews” documenting the Californian festival’s colorful history.

In addition to releasing the Chris Perkel-directed “Coachella: 20 Years in the Desert”, YouTube will return this year for the 10th year in a row as the official playlist and livestream partner for both weekends of the festival.

As is tradition, YouTube Premium members will receive exclusive access to a limited supply of passes for the 2020 edition of Coachella, which will take place across the second and third weekends of April.

General on-sale passes for weekend 1 (April 10 to 12) are currently sold out, while tickets for the festival’s second weekend (April 17 to 19) went on sale Jan. 6.

The announcement of “Coachella: 20 Years in the Desert” arrived on the heels of the star-studded lineup for the 2020 edition of the festival, which will be headlined by Travis Scott, Frank Ocean and Rage Against the Machine.

Film composer and former Oingo Boingo frontman Danny Elfman will also make a special appearance at the festival, leading fans to speculate about whether he will perform some of his most popular compositions like the scores of “The Nightmare Before Christmas”, “Edward Scissorhands” and “Men in Black”.

Danny Elfman… Past, Present and Future! From Boingo to Batman and Beyond!#coachella #coachella2020 pic.twitter.com/qVKk4Siq3z

This is not the first time that an award-winning film composer will take the stage of the Empire Polo Club.

Hans Zimmer made his debut at Coachella in 2017, bringing some of his most famous soundtracks to life alongside a full orchestra and special guest Pharrell Williams.

Ahead of the 2020 edition of Coachella, watch the newly-released teaser for “Coachella: 20 Years in the Desert”:

Travis Scott, Frank Ocean and Rage Against the Machine to headline Coachella 2020