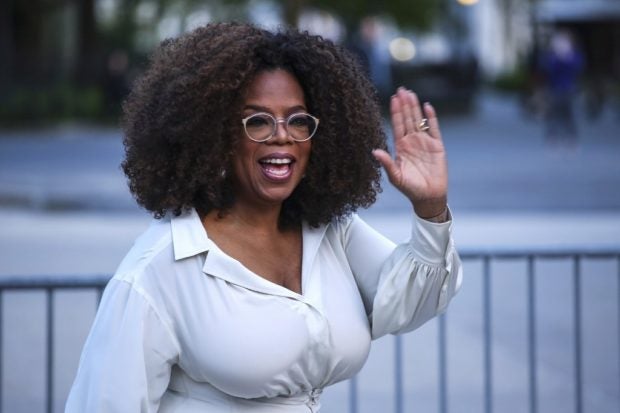 Former television host Oprah Winfrey recently announced that she was cutting ties with the yet-untitled documentary, which is set to premiere at the Sundance Film Festival later this January.

Winfrey served as executive producer on the project helmed by Oscar-nominated filmmakers Kirby Dick and Amy Ziering, who are best known for their critically-acclaimed documentaries on sexual assault on college campuses, “The Invisible War” and “The Hunting Ground”.

In a statement to the Hollywood Reporter, Winfrey explained that her departure stemmed from creative differences with Dick and Ziering.

“First and foremost, I want it to be known that I unequivocally believe and support the women. Their stories deserve to be told and heard. In my opinion, there is more work to be done on the film to illuminate the full scope of what the victims endured, and it has become clear that the filmmakers and I are not aligned in that creative vision,” she noted, also pointing out that the documentary will no longer be available on Apple TV+.

When first announced in December, the documentary was billed as “a profound examination of race, gender, class and intersectionality, and the toll assaults take on their victims and society at large,” with a particular focus on a former music executive “who grapples with whether to go public with her story of assault and abuse by a notable figure in the music industry.”

Accusations against Simmons first arose in 2017 in the New York Times, although the producer has since repeatedly denied all the allegations.

Last December, the veteran musician called out Winfrey’s involvement in the upcoming documentary in a lengthy open letter on Instagram.

The post featured a photograph of the former TV host interviewing Simmons for his 2014 book “Success Through Stillness,” with the Def Jam Recordings co-founder writing that he found it “so troubling that you choose me to single out in your recent documentary.”

“I have already admitted to being a playboy more (appropriately titled today “womanizer”) sleeping with and putting myself in more compromising situations than almost any man I know,” he added, claiming however he “ha[s] never been violent or forced [him]self on anyone.”

Despite Winfrey’s withdrawal and the subsequent cancellation of Apple TV+ distribution, filmmakers Kirby Dick and Amy Ziering told Deadline that the documentary will still make its world premiere at the Sundance Film Festival on January 25.

“While we are disappointed that Oprah Winfrey is no longer an Executive Producer on the project, we are gratified that Winfrey has unequivocally said she believes and supports the survivors in the film. The #MeToo experiences of Black women deserve to be heard, especially against powerful men, so we will continue with our plans to bring the film to The Sundance Film Festival,” they confirmed in a statement. IB/NVG