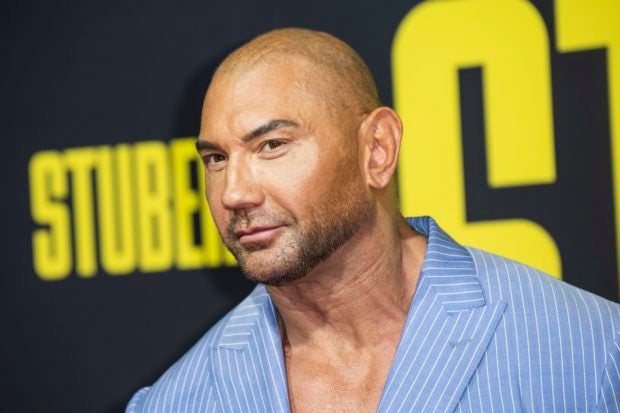 Dave Bautista has played the role of Drax ever since the first installment in the “Guardians of the Galaxy” saga released in 2014. Image: AFP/Nick Agro via AFP Relaxnews

Another superhero is about to join the ranks of the Apple TV+ show “See”. According to an exclusive report in Deadline, Dave Bautista, the actor best known for his role as Drax in the Marvel saga “Guardians of the Galaxy,” will play alongside Jason Momoa, of “Aquaman” fame, in the second season of the series created by Steven Knight (“Peaky Blinders”).

The story tells of a future in which the only survivors of an apocalyptic epidemic have lost all sense of sight. Jason Momoa plays Baba Voss, a blind chieftain whose twins are born with an extremely rare ability to see. As news spreads of the children’s extraordinary gift, their father must protect his family and his tribe, who are threatened by a terrible and powerful queen who is determined to kill the newborns, whom she believes to be the cursed brood of witches.

The role to be played by Dave Bautista has yet to be communicated by the series creators. However, it is known that the actor, who is a familiar face in Hollywood mega-budget movies, will notably be joining Alfre Woodard, Hera Hilmar, Sylvia Hoeks and Christian Camargo who have signed up to reprise their respective characters from the first season: Paris, Maghra, Queen Kane and Tamacti Jun.

The day-to-day running of the second season, which has been developed in part by a visually impaired or blind cast and crew, has been entrusted to Jonathan Tropper who will act as showrunner and executive producer.

In a further piece of good news for Dave Bautista, the actor who has not featured in a high-profile role since “Guardians of the Galaxy”, has been included in the cast for the eagerly awaited epic “Dune” by Denis Villeneuve, which is due to release in December 2020. In this latest big-screen adaptation of the 1965 science fiction novel, Bautista will once again be joined by his colleague… Jason Momoa.

Launched on Nov. 1, 2019 in the United States at the same time as the Apple TV+ platform, the futuristic series “See” initially comprised eight episodes. As it stands, the number of episodes planned for the second season has yet to be communicated. IB/NVG