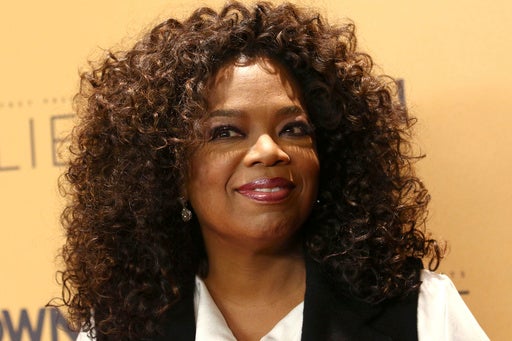 In this Wednesday, Oct. 14, 2015, file photo, Oprah Winfrey attends the premiere of the Oprah Winfrey Network’s (OWN) documentary series “Belief” at The TimesCenter in New York. Winfrey tod Bloomberg Television for an interview posted online on March 1, 2017, that President Donald Trump’s victory has her rethinking whether she could be elected to the White House. (Photo by Greg Allen/Invision/AP, File)

Winfrey quoted black activist Angela Davis, who said: “You have to act as if it were possible to radically change the world. And you have to do it all the time.”

Winfrey says change doesn’t happen with big breakthroughs so much as day-to-day decisions.

The television personality and philanthropist once gave away a car to everybody in the audience on her show. Winfrey didn’t give the college graduates cars but copies of her book, “The Path Made Clear”.

She told them to expect failure in life but know that everything will be OK. CC

Oprah and Ellen as friends and neighbors