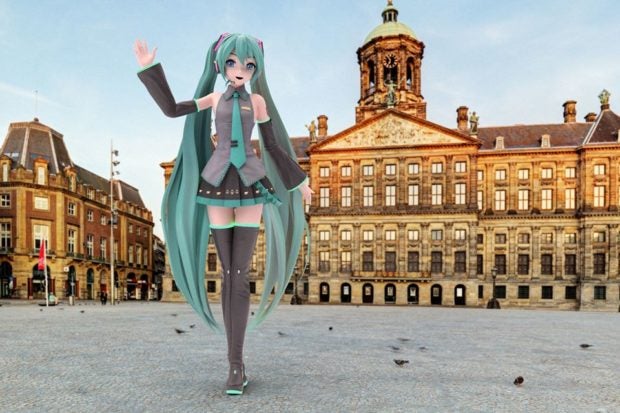 Virtual star Hatsune Miku has snagged a slot at Coachella, arguably the most popular music festival in the world.

Fondly known to fans as Miku, the Vocaloid will perform on two weekends, April 10 and 17, which are headlined by Rage Against the Machine. Others in the lineup include Scottish DJ Calvin Harris, K-pop group Bigbang and British singer Charli XCX.

Weekend 1 is sold out 🌴 Register for Weekend 2 presale at Coachella.com. Presale starts Monday 1/6 at 12pm PT

Posted by Coachella on Thursday, January 2, 2020

A Vocaloid is a singing voice synthesizer software with thousands of preset phrases that can be added to musical arrangements.

Hatsune Miku, released in August 2007, was developed by Japanese media company Crypton. The software’s persona is a 16-year-old anime with turquoise pigtails. The voice was sampled from that of voice actress Saki Fujita.

The virtual idol has performed at music festivals as an animated hologram along with live music. She will not be the first hologram in Coachella—that would be the late rapper Tupac Shakur, who came back to the stage in 2012.  Niña V. Guno /ra