John Travolta and Olivia Newton-John surprised “Grease” fans when they reunited as Danny Zuko and Sandy Olsson once more at an event in Florida, United States last Friday, Dec. 13.

The actors sported their characters’ original costumes in the 1978 movie to a sing-along event at the Coral Sky Amphitheater in West Palm Beach, TMZ reported yesterday, Dec. 14.

Newton-John dressed up in Sandy’s iconic yellow cardigan and matching skirt, complete with a white button-up, as seen in her Instagram post also yesterday.

Meanwhile, Travolta channeled Danny once more as he sported the classic leather jacket together with an all-black ensemble. Travolta completed the look with a quiff hairstyle.

It was the first time the two “Grease” co-stars donned their costumes since the film premiered in 1978, Newton-John said.

Travolta also expressed his excitement over the event.

“#Grease is still the word,” Travolta said in an Instagram post on the same day, referring to a popular line from the film’s titular song.

He posted behind-the-scenes moments which included videos of fans cheering as they waved pompoms. One clip showed the co-stars walking onto the stage while holding hands, the same moment Newton-John posted about.

The two even recreated another of their iconic poses in the film as they sat in a red convertible similar to the one in the film. 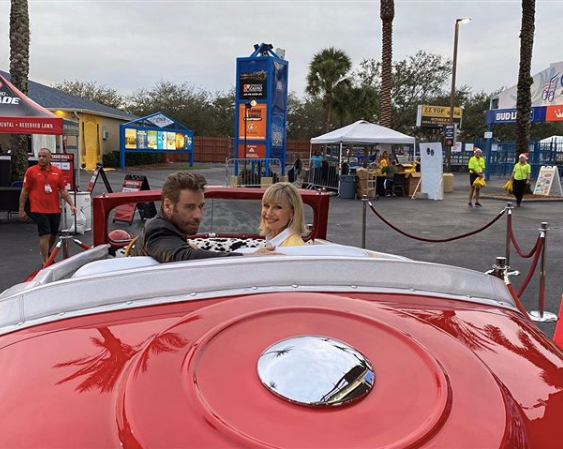 Newton-John treated fans to another surprise as she changed into Sandy’s “bad girl” outfit later in the evening, the report stated. She donned the original leather jacket she wore during the film, together with black leggings.

The two stars also sang tunes from the film such as “Hopelessly Devoted to You”, “Sandy” and “Greased Lightnin’”. Ryan Arcadio/JB