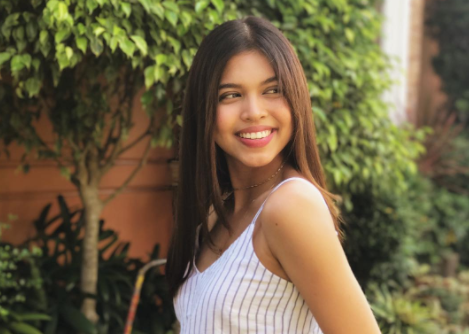 Maine Mendoza was once again hailed as the country’s Twitter queen, as she claimed the top spot in Twitter’s list of most tweeted about accounts in the Philippines for 2019.

The television host also bagged the most tweeted about hashtags in the country, with the aptly named #MaineMendoza, Twitter Philippines announced yesterday, Dec. 10.

.@mainedcm bags the title of Most Tweeted about accounts here in the Philippines, followed by @maymayentrata07 and @KissesDelavin.

Other popular accounts that made it to the list are Edward Barber, Kathryn Bernardo, Lou Yanong, Donny Pangilinan, Aljon Mendoza and radio station MOR 101.9.

The actress has been reigning as the most tweeted about Filipino celebrity on Twitter since 2017.

Sports also play a big role in shaping the Philippine culture. The most anticipated events this year are UAAP season, boxing matches and NBA games. Claiming the first spot is #UPFight!

Known for being “avid spazzers of K-pop idols,” Filipinos had BTS, EXO and BLACKPINK top their list of this year’s most tweeted about K-pop groups.

Having a huge fanbase, Filipinos are avid spazzers of #Kpop idols.

“From sports and culture to music and entertainment, Twitter enables Filipinos to know what’s happening and to spark meaningful conversations,” Twitter said in a statement.  /ra

Maine Mendoza joined Arjo Atayde’s family for dinner, but some fans refuse to believe it

Read Next
‘High salute to my love’: Angel Locsin lauds Bono for Red Cross visit
EDITORS' PICK
Palace: Malls, establishments may require customers to use of face shields
Syringes for Pfizer vaccine arriving on December 2 — NVOC chairperson
Smart offers wireless fiber-like speeds to Filipino homes with country’s first 5G Prepaid Home WiFi
Legarda: Ending Violence Against Women, a cause for all
This new condo in the South will make you want to turn a new leaf
Disease expert: Omicron variant may behave like Delta
MOST READ
Bongbong Marcos to face another disqualification case
Christine Bersola, Julius Babao cleared of cancer after colonoscopy, endoscopy
Former PM Abe says Japan, US could not stand by if China attacked Taiwan
Tropical storm intensifies as it approaches PAR
Follow @IBiongINQ on Twitter
Don't miss out on the latest news and information.