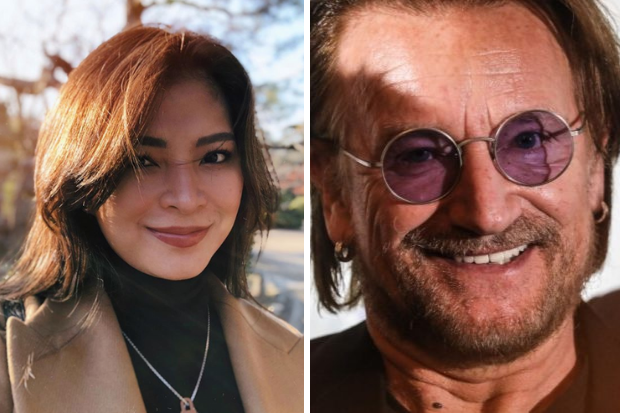 Actress and humanitarian Angel Locsin showed herself unabashedly fangirling yesterday, Dec. 10, over U2 frontman Bono, who led the announcement of a collaboration between the Philippine Red Cross (PRC) and the medical product delivery company Zipline.

Locsin lauded Bono, also a philanthropist whose real name is Paul Hewson, for taking his time to lead Zipline’s launch in the country despite having a concert the next day.

“High salute to My love, Bono, the multi-awarded @U2 frontman who has also been a frontman for advocating social justice worldwide,” Locsin said in an Instagram post yesterday.

“Despite his tight schedule, he have (sic) chosen to accommodate @philredcross’ invitation and introduce us to this new technology of saving human lives through aerial drones,” she added.

Zipline is an American automated logistics company whose mission is to “provide every human on Earth with instant access to vital medical supplies,” as written on its website.

In the series of videos, Zipline board member Bono can be seen introducing the company, which the social justice advocate says is “where all my passions come together.”

Bono is also a member of rights group Amnesty International, and received the Echo Award for Social Commitment Honor back in 2007.

In one clip, Locsin can be seen introducing herself to Bono and asking him if he could sign her t-shirt, to which the rock star immediately obliged. 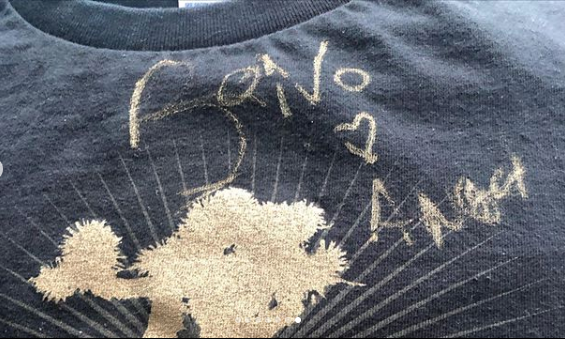 “[Locsin] gets the biggest smile from Bono when he finds out she is one of the top Filipino humanitarians with the work she does privately for the @philredcross,” she wrote on her Instagram story. 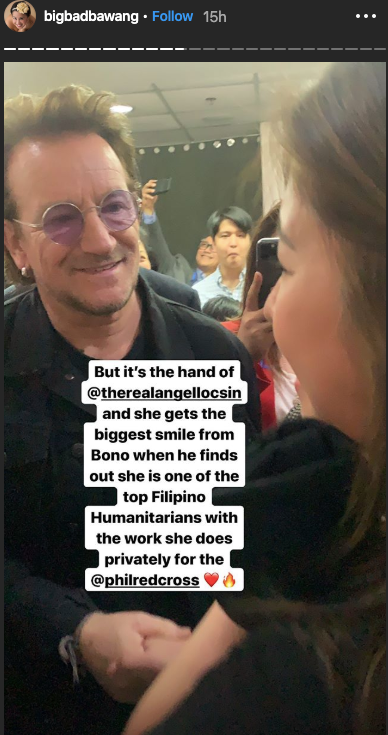 Locsin was recently recognized by Forbes Asia as one of the “Heroes of Philanthropy.” Forbes Asia noted that Locsin has donated “over P15 million in the past decade to fund charities in disaster relief, education and the political rights of indigenous people.”

Locsin said she is “looking forward to this faster, easier & hi-tech way to get blood where it’s needed, especially to remote places with poor road infrastructure and devastated by calamities.”

Zipline and PRC’s initiative to have blood and medical supplies delivered by drone is expected to be launched around the summer of 2020.

Yesterday’s press conference was held at the PRC headquarters in Mandaluyong City. U2 will have its first-ever concert in the Philippines later today at the Philippine Arena.  /ra