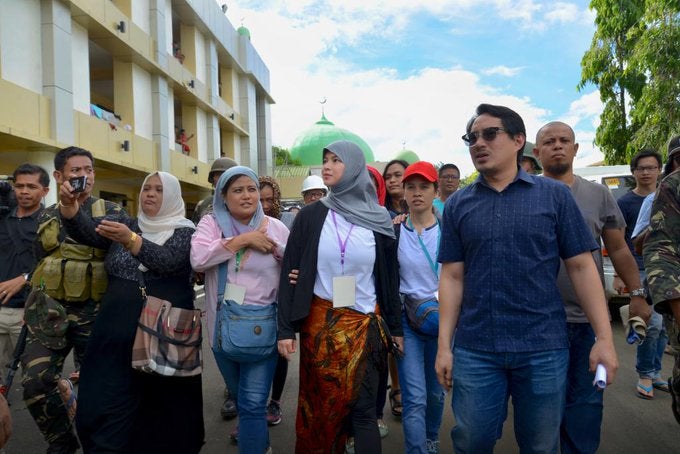 MANILA, Philippines — “I’m nowhere near from being a billionaire, but I try my best to do my part in my own little way.”

This actress from the Philippines has donated over 15 million pesos in the past decade to fund charities in disaster relief, education and the political rights of indigenous people. https://t.co/h5een5uR6b pic.twitter.com/5OZW61HKhm

“I never thought [Forbes Asia] would ever mention my name, lol (laughing out loud). Thank you!” Locsin said in an Instagram story.

“Filipinos have always been known for ‘bayanihan’… I hope this would inspire other people to help as well,” she continued.

According to the list, Locsin donated P1 million and distributed relief supplies to residents affected by the series of earthquakes that hit Mindanao in October.

Forbes Asia also noted that Locsin joined the Rural Missionaries of the Philippines and donated food and school supplies to displaced residents amid the battle in Marawi between the Philippine Army and Islamist rebels back in 2017.

“Over the past decade, Locsin has donated as much as P15 million to causes such as educational scholarships for students, supporting the economic and political rights of indigenous people, and ending violence against women and children,” the list noted.

I never thought @ForbesAsia would ever mention my name, lol. Thank you! Filipinos have always been known for “bayanihan”. I’m nowhere near from being a billionaire, but I try my best to do my part in my own little way. I hope this would inspire other people to help as well. https://t.co/e6tnCcSc1k

The list stated that Locsin’s donations have helped roughly 500 families affected by Tropical Storm Ondoy in 2009, Typhoon Habagat in 2012 and Typhoon Haiyan in 2013.

Aside from Locsin, another Filipino on Forbes’ list is Hans Sy, son of the late retail, banking and property taipan Henry Sy Sr.

Angel Locsin is among Forbes Asia’s ‘Heroes of Philanthropy’