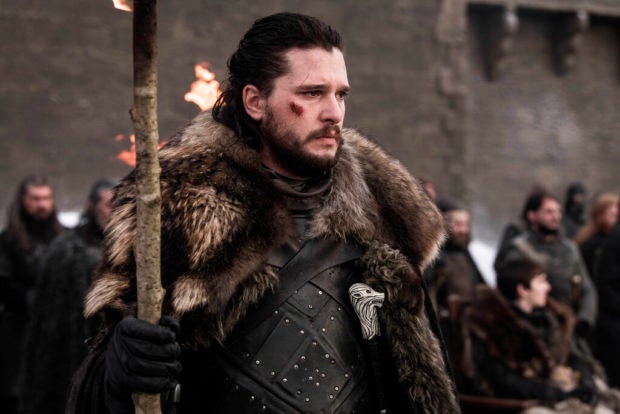 Kit Harington as Jon Snow in a scene from “Game of Thrones”. Image: HBO via AP

LOS ANGELES — HBO is green-lighting a new “Game of Thrones” prequel after reportedly canceling another that starred Naomi Watts.

The cable channel said Tuesday that it’s given a 10-episode order to “House of the Dragon”, set 300 years before the original series that ended its eight-season run in May.

The prequel is based on George R.R. Martin’s “Fire & Blood”, HBO said. The new drama was co-created by Martin and Ryan Condal, whose credits include “Colony”.

It will focus on House Targaryen, made famous in “Game of Thrones” by Emilia Clarke’s Daenerys and her fearsome dragons.

“House of the Dragon” was announced by HBO programming president Casey Bloys during a presentation for HBO Max, the streaming service launching in May 2020. A spinoff of HBO megahit “Game of Thrones” would be a key attraction in the increasingly crowded streaming marketplace.

HBO declined to comment on reports Tuesday that it had dropped another “Game of Thrones” prequel set thousands of years before the original. A pilot episode starring Watts had been filmed in Northern Ireland.

The straight-to-series order for “House of the Dragon”, whether a sign of faith in the project or pressure to get it into production, avoids letting devotees of the fantasy saga down once more.

Casting and an air date were not announced. IB/JB