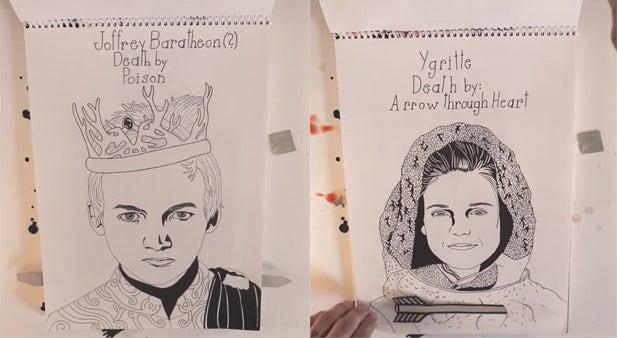 The second to the last season (sigh) of “Game of Thrones” will be premiering this July, which has fans scrambling to catch up on everything that’s happened the past six seasons.

Perhaps this creative guide to every death within and outside of the Seven Kingdoms will jog your memory. Warning: It contains spoilers for those who haven’t binge-watched all seasons just yet.

While it doesn’t include every single person who has died (that would probably take over a hundred pages), it lists important characters: from the well-loved Ned Stark, the loathsome Joffrey Baratheon, and down to the tragic sacrifice of Stanley Baratheon’s daughter Shireen. 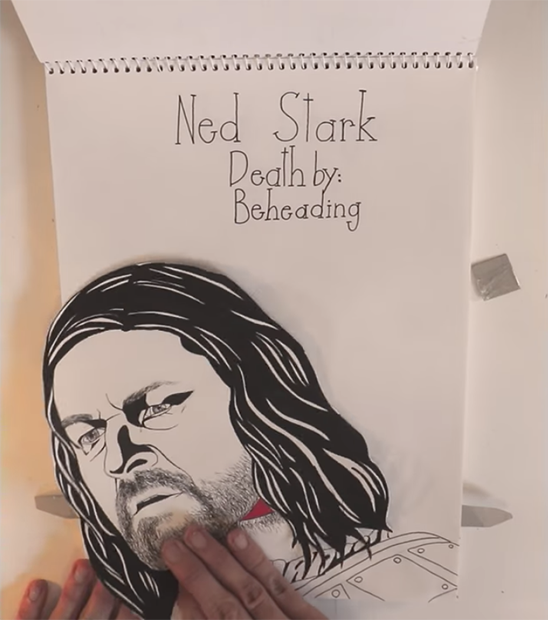 How can anyone forget Ned Stark’s tragic beheading? Image: Screen grab via Youtube/HansoArt 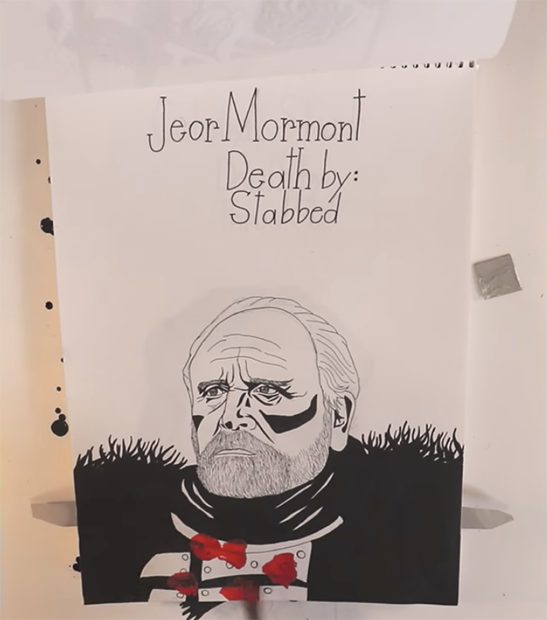 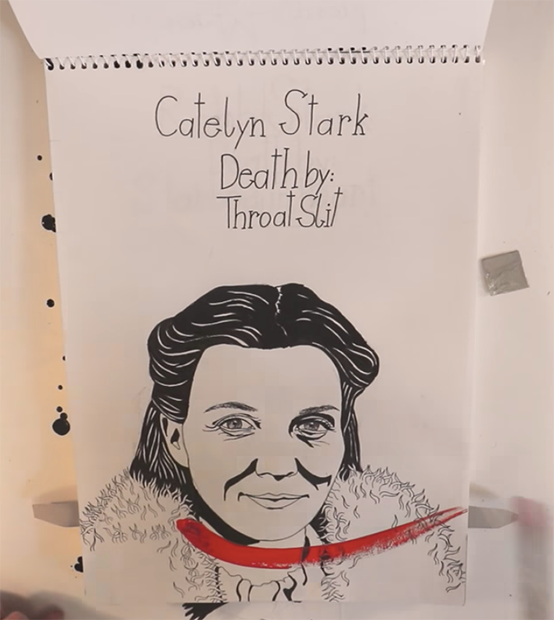 Catelyn joined her husband Ned soon enough, because nothing is sacred in “Game of Thrones”. Image: Screen grab via Youtube/HansoArt The show has its moments of justice amidst the tragedy, like when the psycho King Joffrey finally met his death. Image: Screen grab via Youtube/HansoArt 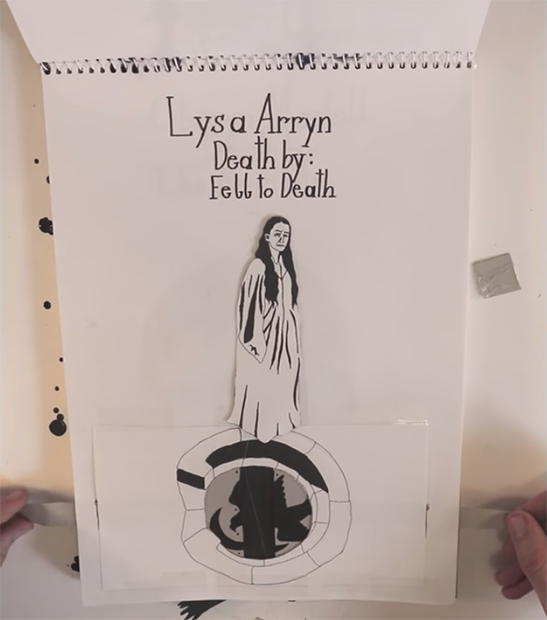 The flip book has interactive media too, like this ironic death of Lysa Arryn through her own Moon Door where her enemies were shoved through. Image: Screen grab via Youtube/HansoArt 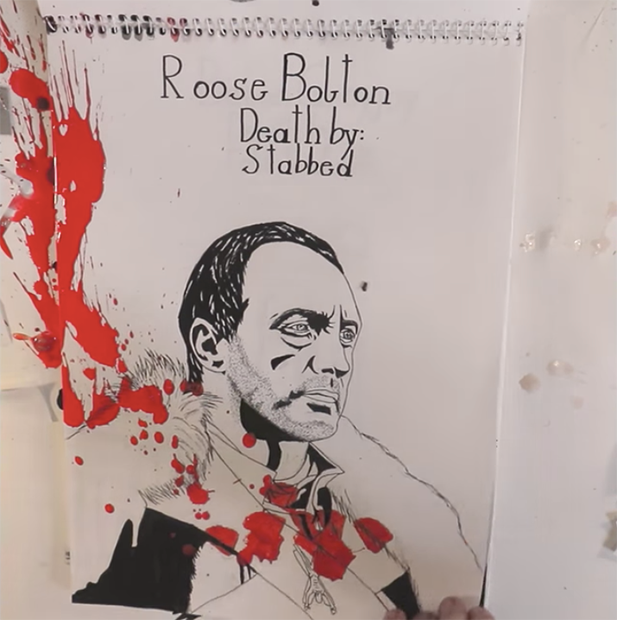 For fans of the Starks, nothing says poetic justice like Roose Bolton’s murder. Image: Screen grab via Youtube/HansoArt

The creator used mixed media to illustrate these usually gory deaths such as paint splatters, retractable paper mechanisms and black light illustrations. They’re fun to watch, until you’re reminded about how your favorite characters were taken away from you without remorse by author George R.R. Martin.

The seventh season of “Game of Thrones” will be released on July 16 and will tragically have only seven episodes, unlike past seasons which had 10. But not to fret: HBO has confirmed that spin-off shows are in the works. JB

‘Game of Thrones’ season 7 to premiere in July