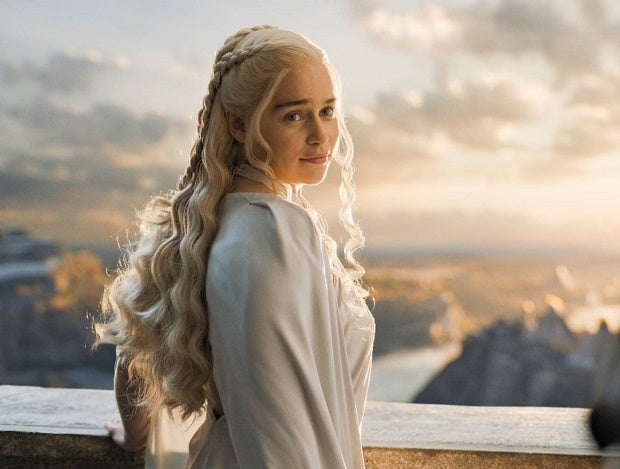 Emilia Clarke plays the white-haired Daenerys Targaryen, aka Khaleesi, aka Mother of Dragons, on “Game of Thrones.”  AP PHOTO

With the penultimate season of HBO’s critically acclaimed series “Game of Thrones” set to premiere next year, the premium cable network is already looking ahead to fill its impending void.

According to Entertainment Weekly, HBO is seeking to continue the show’s successful cultural phenomenon by creating a new series before the events of the Westerosian show.

In earlier interviews, Game of Thrones creator George R.R. Martin claimed that he wrote “thousands of pages” of history for everything leading up to the show’s impressive story line, meaning there would be a lot of materials and ideas to work with.

HBO executive Casey Bloys confirmed the news and said the network was already in “preliminary ongoing talks” with Martin about the possibility of developing some of his ideas into a new series.

“There are areas we are exploring, but I wouldn’t point to any one and say, ‘This is what we’re going to do,’” he said.

“GOT” returns next summer, presumably June, for its seventh season and will reportedly feature seven episodes.  Khristian Ibarrola

‘Game of Thrones’ US concert tour confirmed for 2017