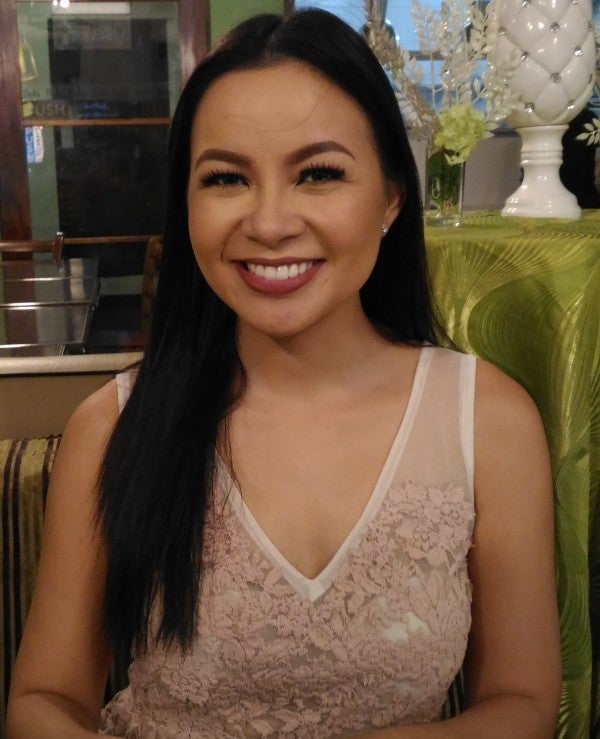 Sitti sits with a smile and still, she sizzles more. PHOTO by Totel V. de Jesus

It’s a common reaction for artists not to do the same thing all over again and be content with the outcome.

So when Sitti, the country’s premier bossa nova singing act, is about to mark her first decade in the business, she thought of celebrating her 10th anniversary in literally “electrifying fashion”. She goes live in a concert by experimenting with the electronic dance music or EDM. No, she won’t play DJ while millennials dance the night away till the wee hours.

The result is the out-of-the-box offering dubbed “ElectroSITTI”, a two-night live concert to be held at the Music Museum (1502 in Greenhills, San Juan City) on November 25 and 26. “ElectoSITTI” also serves as Sitti’s advanced birthday concert as she turns 32 on November 29.

“When we’re going out with friends, may part sa akin na wild na parang kinakahiya ako ng mga kaibigan ko,” says Sitti with a giggle. “I like it. (But my friends) asked me, ‘huwag ka nang sumayaw please’.”

But she confessed, on a normal day, she likes House and Chill music, the kind that is played in hotel lobbies and modestly high-end bars in Makati and BGC.  As an influence, she mentioned the name Astrid S, or Astrid Smeplass, the well-known Norwegian singer and songwriter of House music.

She added she’ll do covers of other EDM artists but in terms of costume change, she assured: “Definitely hind ako magpo-floral. May costume and visual change. Hindi ganon kalayo na parang Lady Gaga.”

Sitti is collaborating with her friend and EDM master DJ Silverfilter. She hopes to please more younger music fans. 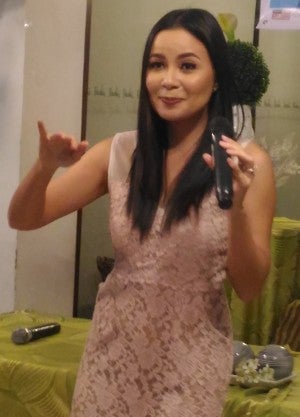 “Chill lang po tayo, it’s only me singing,” Sitti seems to be saying as she performs her latest song. TOTEL V. DE JESUS

“It’s both exciting and challenging to do something you’re not known for. I became friends with artists from the EDM community and I thought of embracing the genre and tie it up with the 10th anniversary of the release of my first album ‘Café Bossa’.”

“Café Bossa” was released in January 2006. It spawned the hit singles “Para Sa Akin” and her versions of “I Didn’t Know I Was Looking For Love” and “Tattooed On My Mind.” By September that year the album was certified Double Platinum, with more than 60,000 units sold.

Both shows on November 25 and 26 will have two parts. The first one pays homage to her bossa nova roots and the second half presents her in a new light as the loud and festive party with EDM.

“I’m having fun doing EDM and I am working on a new album that will showcase my experimentation with it. I like to introduce myself to the younger market,” Sitti says. It’s been only a year since she tied the knot with the love of her life, businessman and music aficionado Joey Ramirez.

The multi-talented lady has also tried acting for the theater. She has performed in Atlantis Productions “Spring Awakening” and “Nine”. On TV, she has appeared on ABS-CBN shows “Isabella” and “Your Song.”

For “ElectroSitti”, she will have rapper Looney and balladeer Jason Dy as guests. The UST Percussion Ensemble will also be on stage. 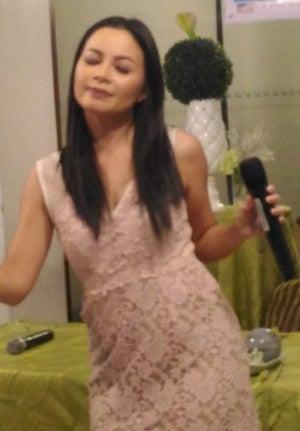 After 10 years in the music industry, Sitti still sizzles with her performance. PHOTO BY Totel V. de Jesus

Sitti is managed by Asian Artists Agency and is signed with MCA Music major record label, which by coincidence asked her to employ electronic music in her new album.

As fast as she could, Sitti already wrote a couple of songs called “Tangled” and “Bid Your Love”, which she will perform on the two “ElectroSITTI” nights.

Sitti had come a long way from that teenager 10 years ago, performing her first gig at a hotel in Roxas Boulevard that already changed its name today.

“You got to pay your dues to make it. I did that for four years before getting my big break. There will be ups and downs in anybody’s career but the important thing is you are enjoying the gig and you always welcome change.”