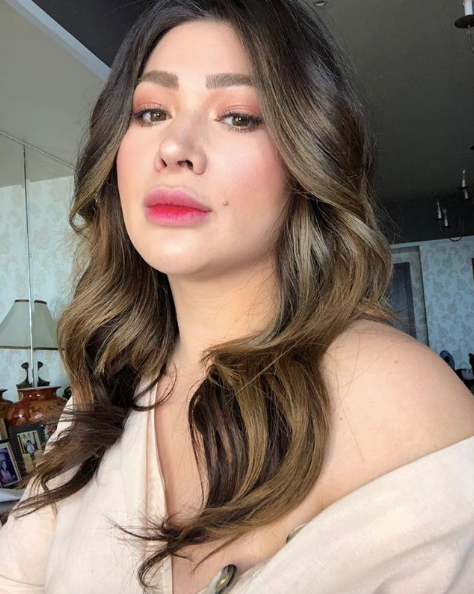 Jackie Forster to Arwind Santos: “If you also knew how much racism Filipinos face in all corners of the world you would have more empathy and understanding.”  Image: Instagram/@jackie_forster

San Miguel Beermen veteran Santos was caught on camera taunting TNT import Jones by imitating monkey gestures on Wednesday night, Aug. 14. Santos said he was not sorry, claiming that it was just “mind games,” even reasoning that he and other players used to call cager Dorian Peña a “gorilla.”

Black people being likened to monkeys has historically been a racial slur and is demonstrated in chants or gestures in various sports. Other people of color, including Filipinos, have also been compared to monkeys as a discriminating remark.

Forster slammed Santos for his action and lack of apology, calling him “ignorant.” She shared a screenshot of an article headline about the issue on Instagram on Thursday, Aug. 15, and aired her thoughts about it.

“Someone needs a b*tch slap. Ignorant ignorant ignorant,” she wrote. “Please use your money to go travel the world so you learn to undo all the damage you have inside your heart.”

“If you also knew how much racism Filipinos face in all corners of the world you would have more empathy and understanding… WE TOO ARE BROWN! Money obviously doesn’t buy class. This kind of behavior upsets me so much. Unapologetic pa??”

She also called for PBA to penalize him for his actions, suggesting a “steep fine” to “help them think twice.” “When men under pressure have outbursts—look deeper at the issues,” she said.

Forster recently called out the racism she and her family experienced while in the United States last July. She was previously married to cager Benjie Paras, while their son Kobe Paras is a basketball player for the UP Fighting Maroons.  /ra

Read Next
Moira Dela Torre reveals risk of going blind due to nose job gone wrong
EDITORS' PICK
High inflation: Your P1 is now worth only 87 centavos
Geek out at TOYCON 2022 powered by Smart Signature
Unemployment rate up to 6% in May
UK’s Boris Johnson will resign, BBC reports
High-risk pregnancy: Reducing your risk is in your hands
House energy committee chair Arroyo bats for cheap electricity
MOST READ
Suspect in grisly killing of missing woman in Bulacan arrested
Kim Atienza’s daughter flaunts bikini body in response to critics of her ‘revealing photos’
Cop slain in Isabela ambush
FDA probes popular Filipino noodle brand for ‘high level of ethylene oxide’
Follow @NGunoINQ on Twitter
Don't miss out on the latest news and information.