The series aired its first episode on Aug. 12, 1995. It starred other top teen idols at that time such as Red Sternberg, Rica Peralejo and Bobby Andrews, among others. 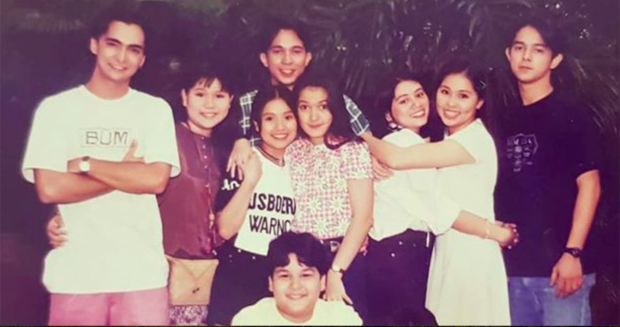 To commemorate the occasion, the actors took to social media to reminisce on some moments between them and other cast members.

In the series, she was paired with Andrews as Wacks Torres III. The two were the show’s main love team. They famously called each other “Cookie” and “Pancakes”.

Meanwhile, Flores, known as Mickey Ledesma in the show, also made a similar post.

“WE ARE 24YRS OLD,” he joked via Instagram on the same day.

“I can’t believe [it’s] been that long. It feels like a lifetime ago yet also feels like yesterday,” she said.

“We may have our own children and separate lives now,” she stated.  “But this will always be family to me. It will always be a happy place filled with happy memories. I miss all of you!”

She also cited one of the signature gestures in the show, as she said their popular line: “Group huuuuuuuug!!!”

After premiering in 1995, the series bid goodbye on Nov. 27, 1999. Halfway through the program’s run on TV, the original cast was moved up to its spinoff show “Growing Up”.

The series’ success gave way to the production of a film featuring the cast, “T.G.I.S.: The Movie”, released in 1997. JB