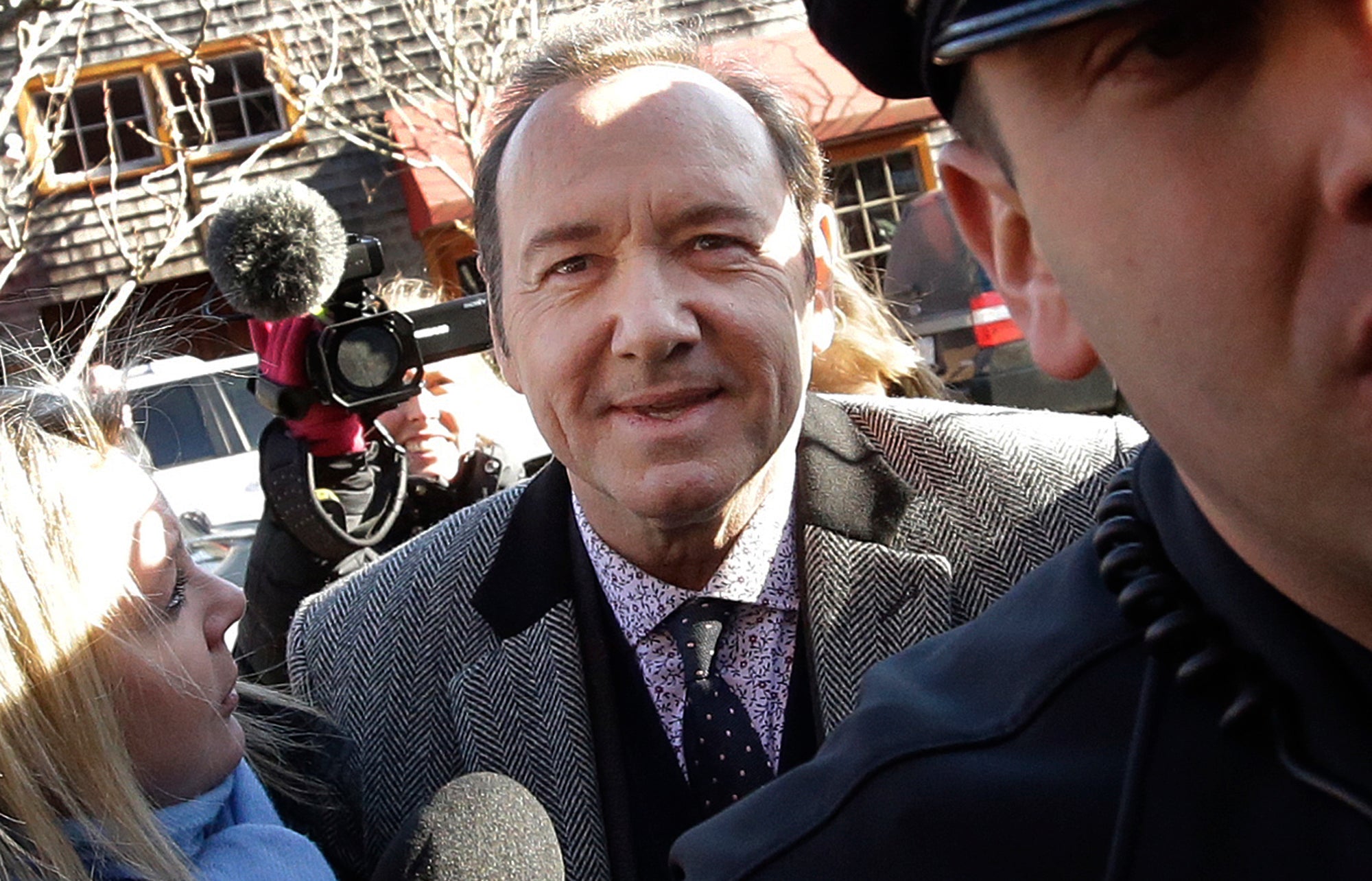 British police have traveled to the United States to interview Kevin Spacey about sexual assault allegations.

The Metropolitan Police is investigating six claims of sexual assault and assault against the former “House of Cards” star, who ran London’s Old Vic Theater between 2004 and 2015. Variety reported on Saturday, July 6, that British detectives interviewed Spacey in May.

British police do not identify suspects until they have been charged. Without naming Spacey, the London force said that in May “a man was voluntarily interviewed under caution in America by officers from the Met’s Complex Case Team. He was not arrested. Inquiries are ongoing.”

“Under caution” means the interview was recorded and can be used in future prosecutions.

Spacey’s attorney did not immediately respond to a request for comment.

In the U.S., a young man who says Spacey groped him in a Nantucket bar in 2016 dropped his lawsuit against the two-time Academy Award winner this week. Spacey still faces a criminal charge over the alleged incident and pleaded not guilty to indecent assault and battery in January.

After Rapp’s allegation, the Old Vic conducted an investigation into its former leader. It said it had received 20 allegations of inappropriate behavior by Spacey and had encouraged 14 of the complainants to go to the police. HM/JB