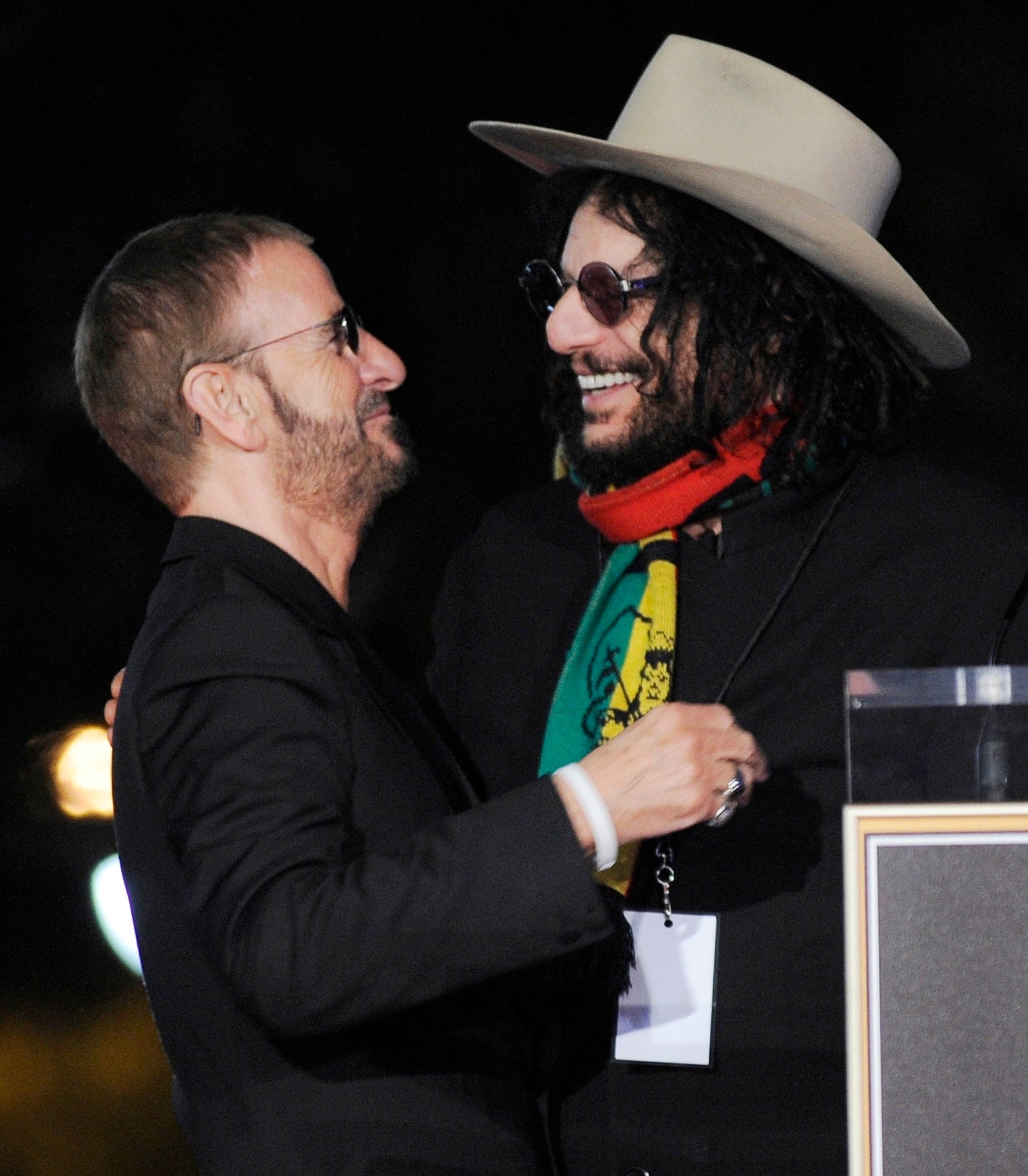 Ringo Starr (left) embraces fellow musician Don Was (right) during a ceremony to award Starr the 2,401st star on the Hollywood Walk of Fame in Los Angeles. Image: AP/Chris Pizzello

Don Was has performed with or produced many musical legends, including Bob Dylan, Mavis Staples, the Rolling Stones and Ringo Starr. But the Detroit-raised sonic craftsman feels like an apprentice again when it comes to diving into the musicianship of the “Motown Sound.”

The bassist, Grammy-winning producer and president of the Blue Note jazz label is particularly enthralled with the bass-playing of late Motown “Funk Brother” James Jamerson as Was prepares for his next big gig, the 12th Don Was Detroit All-Star Revue. The concert on July 13 at the Detroit Institute of Arts aims to celebrate the record company founded in Detroit 60 years ago and includes classic Motown artists Martha Reeves, Carolyn Crawford and the Velvelettes.

“As time goes by, I appreciate those records more and more, and as I get deeper into the nuances of playing bass, James Jamerson blows me away more than ever now,” Was said by phone from his Southern California office. “I started writing out the charts for what we’re doing, and he’s an absolute genius. There was no one who ever played that way before.”

Helping to capture some of that Motown house band magic is another of the Funk Brothers, guitarist Dennis Coffey, and Was is bringing along members of his own genre-embracing, born-in-Detroit band, Was (Not Was).

The revue that is part of the 27th annual Concert of Colors — a free, multi-day festival showcasing Detroit’s musical and ethnic diversity — often features Motown songs. But Was says he likes “the unified musical theme running through” the revue and the way the musicians are approaching and interpreting the classics. He is not giving away the setlist but promises well-known, grooving tunes from the era. So one might experience figuratively, if not literally “Dancing in the Street” when Reeves takes the stage.

“The idea is not to play ‘karaoke Motown’: it is to slide into the mindset of the people who made the original records,” Was said. “No one is going to be reading the charts. We are going to try to be the thing.”

Wes said the concerts are always “just the right amount of messy and raucous and fun,” but he is careful to keep the commitment and authenticity level high because Detroit audiences expect it. He gets back to the area a few times a year and gets “a dose of reality.”

“There is no point in putting on any airs in Detroit. People see right through you,” he said. “The music reflects that. That is why the music from Detroit resonates all over the world.” HM/JB