Ratings show no need to worry about HBO post-‘Thrones’

NEW YORK – Every time a popular HBO series ends, the network faces a round of stories essentially asking, “is there life for HBO after (fill in the blank). This time, it was “Game of Thrones.”

Based on early indications, its executives shouldn’t worry too much.

The series “Big Little Lies” returned for its second season, adding Meryl Streep to the cast, and reached 2.5 million people across HBO’s various platforms on Sunday. 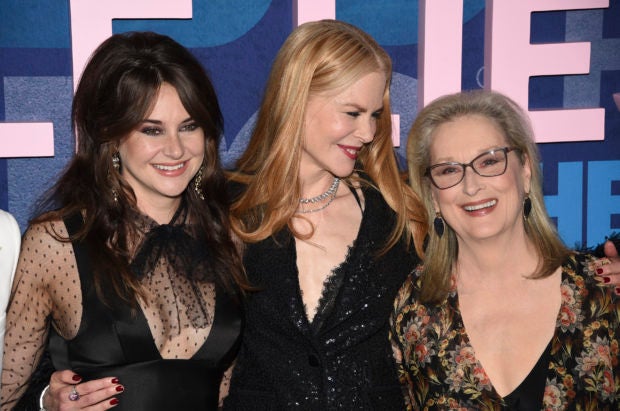 The Nielsen company said that beat the show’s premiere episode by 34 percent.

HBO had an even bigger success with the miniseries “Chernobyl,” which averaged 8 million viewers per episode.

The NBA Finals continued on ABC with drab ratings, at least in the United States.

The third game between the Toronto Raptors and Golden State Warriors was down 25 percent from the similar contest last year, while Game 4’s viewership was down 22 percent.

The NBA likes to point to Canada, which is not included in the Nielsen numbers.

Monday’s one-point Warriors victory in Game 5 is also doing well in preliminary ratings, meaning the series can recover somewhat if it goes deeper.

Behind all of its games, ABC won the week in prime time, averaging 5.4 million viewers.

Fox News Channel was the week’s most popular cable network, averaging 2.28 million viewers in prime time. MSNBC had 1.54 million, HGTV had 1.27 million, USA had 1.07 million and TNT had 1.06 million.

ABC’s “World News Tonight” topped the evening newscasts with an average of 7.8 million viewers. NBC’s “Nightly News” was second with 6.9 million and the “CBS Evening News” had 5.3 million.

ABC is owned by The Walt Disney Co. CBS is owned by CBS Corp. CW is a joint venture of Warner Bros. Entertainment and CBS Corp. Fox is owned by 21st Century Fox. NBC and Telemundo are owned by Comcast Corp. ION Television is owned by ION Media Networks. /gsg