And the winner of the 'Game of Thrones' is... | Inquirer Entertainment

And the winner of the ‘Game of Thrones’ is… 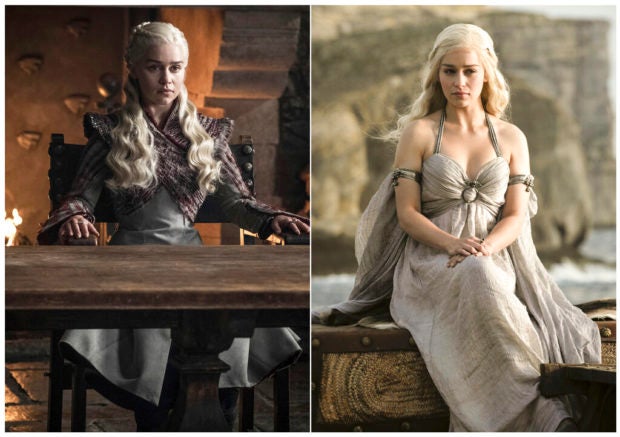 This combination photo of images released by HBO shows Emilia Clarke portraying Daenerys Targaryen in “Game of Thrones”. The final episode of the popular series airs on Sunday. Image: HBO via AP

Winter has come and winter has gone.

The last of the heads have been lopped off and the last of the dragon fire has been spent as “Game of Thrones” aired its 73rd and final episode Sunday night.

While the results were the usual split decision, there were some clear winners and losers.

Jon Snow vowed love and loyalty to Queen Daenerys Targaryen, even as he stabbed her to death for fear she’s become a mad tyrant.

Yet Bran doesn’t get to sit on the Iron Throne — a dragon melted that — or rule the Seven Kingdoms — his sister Sansa broke one off to become queen of an independent Winterfell. CC