Like several “Game of Thrones” characters, Sansa Stark (Sophie Turner) has undergone an immense transformation since her girlhood years. 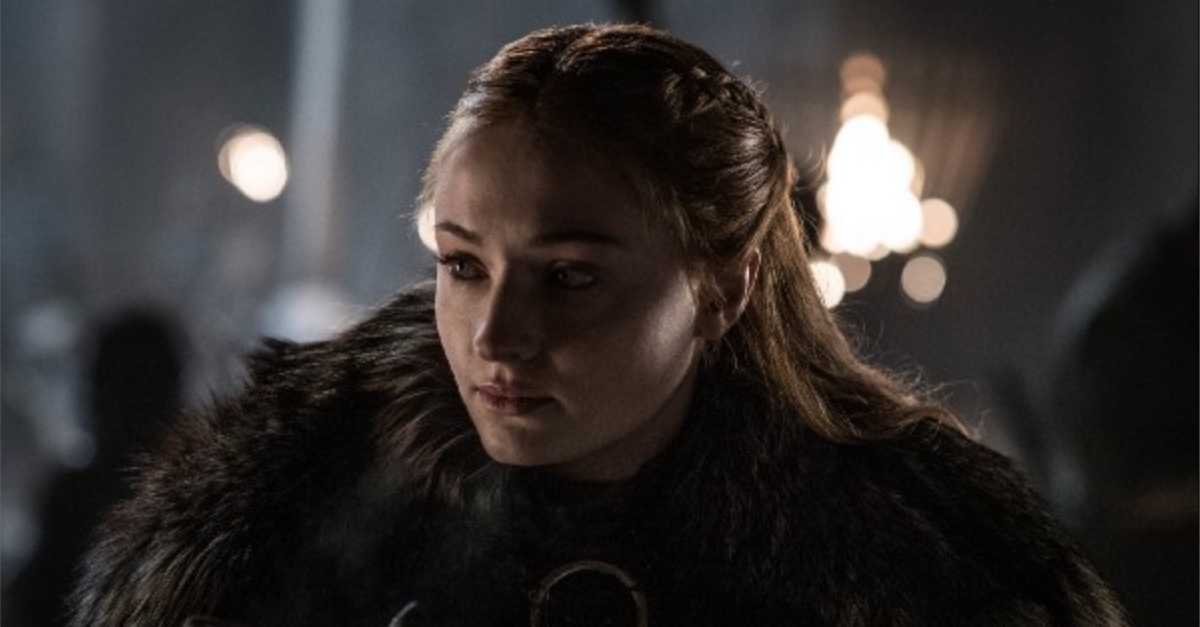 In season 8, episode 4, titled “The Last of the Starks,” The Hound/Sandor Clegane (Rory McCann), a warrior who previously served the Lannisters, noted how much she had matured since he last saw her as a young girl way back in season 2.

Before they parted, The Hound offered to take Sansa away from King’s Landing, where he had defended her while she was held captive, but she refused to leave.

Even after she finally leaves King’s Landing, she would be taken advantage of in more ways than one by others in the political arena. She gradually proves she can hold her own and is more than a victim of her circumstances.

However, viewers felt Sansa’s character development was shortchanged during an exchange in the fourth episode.

During the drunken celebrations after the Batlle of Winterfell, The Hound gruffly mentions, “Heard you were broken in rough.”

“Without Littlefinger and Ramsay [Bolton] and the rest, I would’ve stayed a little bird all my life,” Sansa replied.

Fans including actress Jessica Chastain felt that Sansa’s response failed to do justice to her long and grueling journey as one of the most powerful characters in the show.

Some viewed this as rationalizing her own abuse, leading Chastain to tweet on Tuesday, May 7, “Rape is not a tool to make a character stronger. A woman doesn’t need to be victimized in order to become a butterfly.”

“The #littlebird was always a Phoenix. Her prevailing strength is solely because of her. And her alone.”

Others interpreted the line differently. “She was saying, THIS horrible stuff happened to me and instead of crawling in a hole of misery She choose (sic) to let it make her stronger,” tweeted one Lizzy Trzaska (@oneeyedlizzy).

Writer Gabriella Alexa Noel (@gabalexa) recalled that there were no female writers in the last “Thrones” season, citing a January 2018 article w Salon.

“So while I love that we feel empowered by certain female characters, women should’ve written them. Particularly for characters who were sexually abused,” she said.

One female writer, Gursimran Sandhu, has been credited for season 8 episodes.

The show was previously criticized for exploiting female characters in terms of sex and violence, such as showing female nudity even when the scene did not require it.

There have been only three female writers—Jane Espenson, Vanessa Taylor and Sandhu—and one female director, Michelle MacLaren, in the show’s eight seasons.  /ra

A Starbucks in Winterfell? Coffee cup in ‘Game of Thrones’ scene perks up viewers

Why Nikolaj Coster-Waldau ‘hungers for something real’