(This article contains spoilers to “Game of Thrones” Season 8.)

Seeing the last of characters in “Game of Thrones” usually brings some heartache, with characters showing their grief in a dramatic death or farewell. 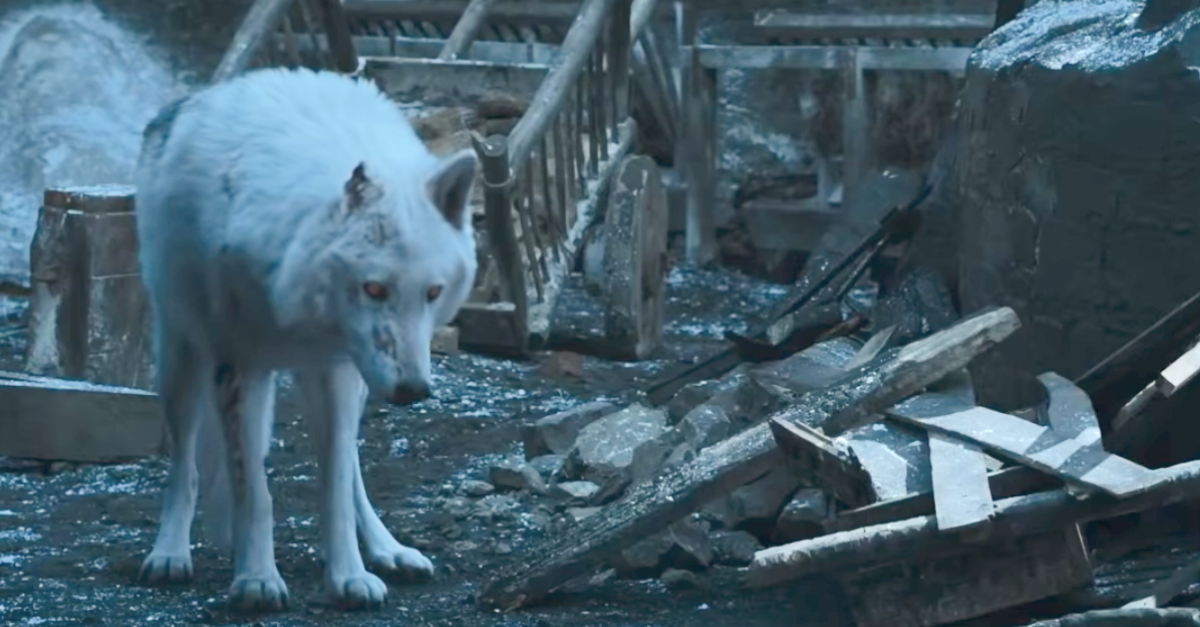 Fans were surprised then when Jon Snow (Kit Harington) bid a frosty goodbye to his loyal direwolf Ghost during Season 8, Episode 4, titled “The Last of the Starks.”

The scene can be watched below:

Before he travels south to King’s Landing, Jon decides to leave Ghost with the wildlings. “A direwolf has no place in the South,” he says, reasoning that Ghost will be happier in the North.

While he embraces his friends during their goodbyes, he only gives Ghost a somber look before riding away.

Viewers who felt Jon lacked gratitude toward his pet voiced their disapproval online.

Back in Season 1, the Stark children adopted a litter of direwolf pups. Ghost defended Jon and his friends throughout the seasons—he even appears to have lost an ear after the Battle of Winterfell in Episode 3.

Twitter user @KennyPowersYank noted that Ned Stark instructed his kids to care for their direwolves until they met their end. “Ghost deserved better,” he said.

But as in previous seasons, the limited screen time of direwolves is due to budget constraints. In an interview with the New York Times on Monday, May 6, director David Nutter said the scene with Ghost was “very much” a CGI issue.

He believes though that despite the brevity of the scene, “Jon saying goodbye to the direwolf was so very powerful and rich because of the actors. They’ve spent many years doing this, and it’s the culmination of their characters in some respects, so it’s manipulating how much you want to give them.”

Previously, director Miguel Sapochnik, who helmed the Battle of the Bastards in Season 6, explained that Ghost had to be cut from the episode to give way to CGI work for a giant.

Still, some fans would rather see the furry direwolf over other fantastical creatures. Twitter user @KingRobbStarkk said, “Give me ghost over a dragon any day.”  Niña V. Guno /ra

A Starbucks in Winterfell? Coffee cup in ‘Game of Thrones’ scene perks up viewers

Game of Thrones and economics: Arya’s got skillz