The Battle of Winterfell in “Game of Thrones” featured courage, fear and heroism in all forms as armies fought the undead in Winterfell.

But if there was an MVP in the final season’s third episode, it would be Arya Stark, played by Maisie Williams, after she defeated the Night King. 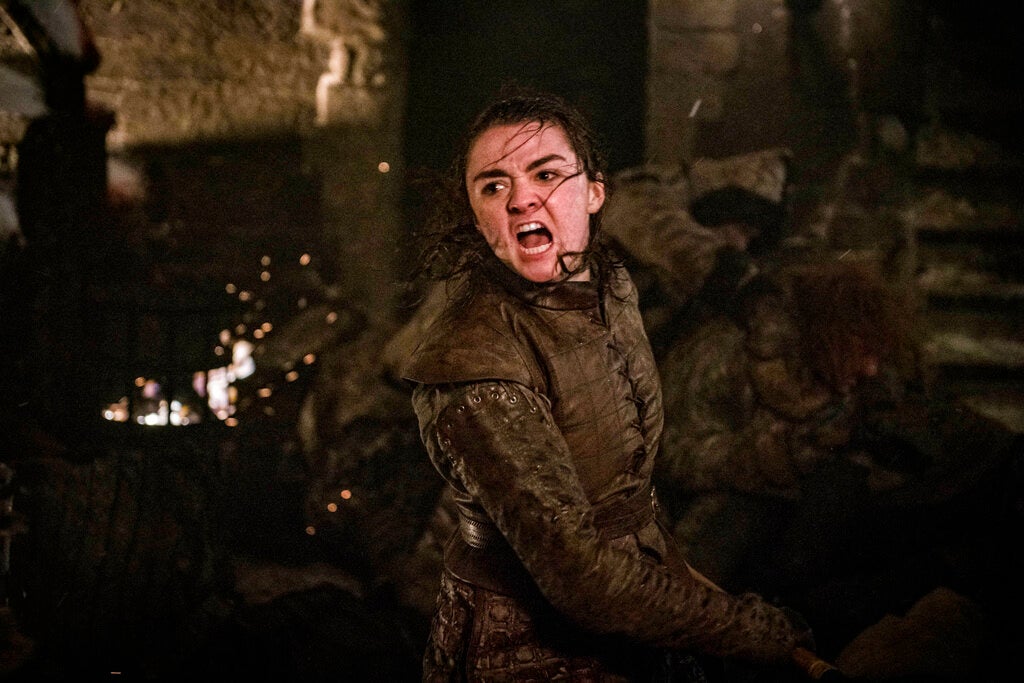 This image released by HBO shows Maisie Williams in a scene from “Game of Thrones,” which aired Sunday, April 28, 2019.  Image: Helen Sloan/HBO via AP

Williams said she had doubts about her character as the ultimate hero in what seemed to be a hopeless battle.

“It was so unbelievably exciting, but I immediately thought that everybody would hate it; that Arya doesn’t deserve it,” she told Entertainment Weekly’s April 28 issue.

“The hardest thing in any series is when you build up a villain that’s so impossible to defeat and then you defeat them,” she explained.

“It has to be intelligently done because otherwise people are like, ‘Well, [the villain] couldn’t have been that bad when some 100-pound girl comes in and stabs him.’ You gotta make it cool.”

Even her boyfriend had his doubts: “And then I told my boyfriend and he was like, ‘Mmm, should be Jon though really, shouldn’t it?’” On Twitter, netizens have since called for Williams to dump her boyfriend.

Kit Harington too was caught by surprise that it was not his character, Jon Snow, who would deliver the fatal blow.

“I was surprised, I thought it was gonna be me!” he said. “But I like it. It gives Arya’s training a purpose to have an end goal. It’s much better how she does it the way she does it.”

Williams also warmed up to her role in the battle after Melisandre (Carice van Houten) reminded Arya during the episode about her prophecy from Season 3: “brown eyes, blue eyes, green eyes… eyes you’ll shut forever.” 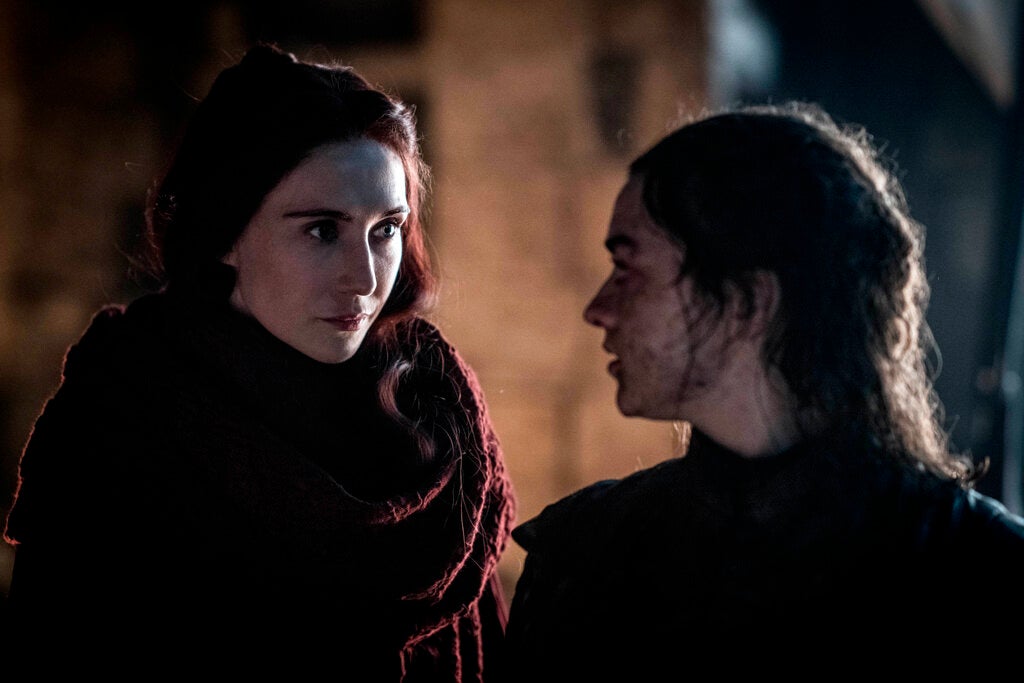 This image released by HBO shows Maisie Williams, right, and Carice van Houten in a scene from “Game of Thrones,” that aired Sunday, April 28, 2019.  Image: Helen Sloan/HBO via AP

Then again, the show did build her up as a fighter since the first season. Even as a young girl, Arya showed an interest in fencing; later on she would train to be an assassin and even learned to fight blindfolded.

Williams said, “It all comes down to this one very moment. It’s also unexpected and that’s what this show does. So then I was like, ‘F*ck you Jon, I get it.’”  Niña V. Guno /ra

Fire, ice and puberty: How ‘Game of Thrones’ characters have grown