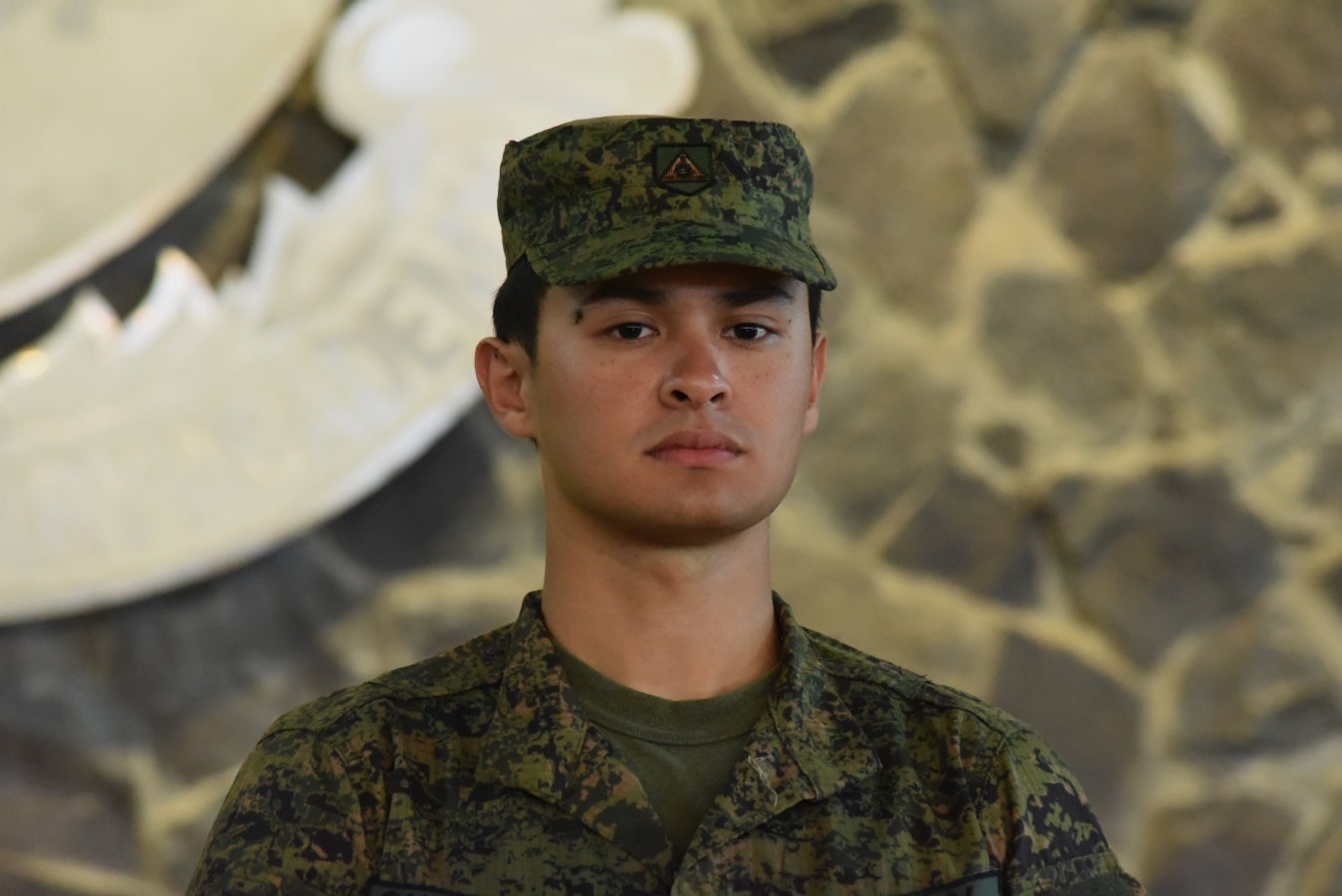 NEW SECOND LIEUTENANT. Actor Matteo Guidicelli has been promoted from private to second lieutenant of the Army Reserve Corps on Monday, May 21, 2019, by Army chief Lt. Gen. Macairog Alberto. He participated in a mock battle and rescue operation that was staged for cadets of the Philippine Military Academy. INQUIRER PHOTO/EV Espiritu

FORT DEL PILAR, Baguio City — Actor Matteo Guidicelli was promoted from Army private to a second lieutenant of the military reserve command by Army chief Lt. Gen. Macairog Alberto on Monday (May 20) after he participated in a mock rescue operation at the Philippine Military Academy (PMA).

Guidicelli surprised cadets gathered to watch the skills demonstration when he took off his balaclava following a simulated battle against terrorists who were flanked by heavily-equipped soldiers and armored personnel carriers at the Borromeo Fields here.

The Army’s rescue and medical services rushed in to treat the wounded, rescue hostages, and pull out the dead after the mock assault.

“I am a Filipino so… I want to serve the country in a different way,” said Guidicelli.

The Army Caravan was brought here to show the latest technology and skills capability of the army to first class cadets of Mabalasik Class of 2019 who will graduate and receive their commission as junior officers from President Rodrigo Duterte on Sunday (May 26), said Army Captain Mary Manebog of the civil military operations regiment. 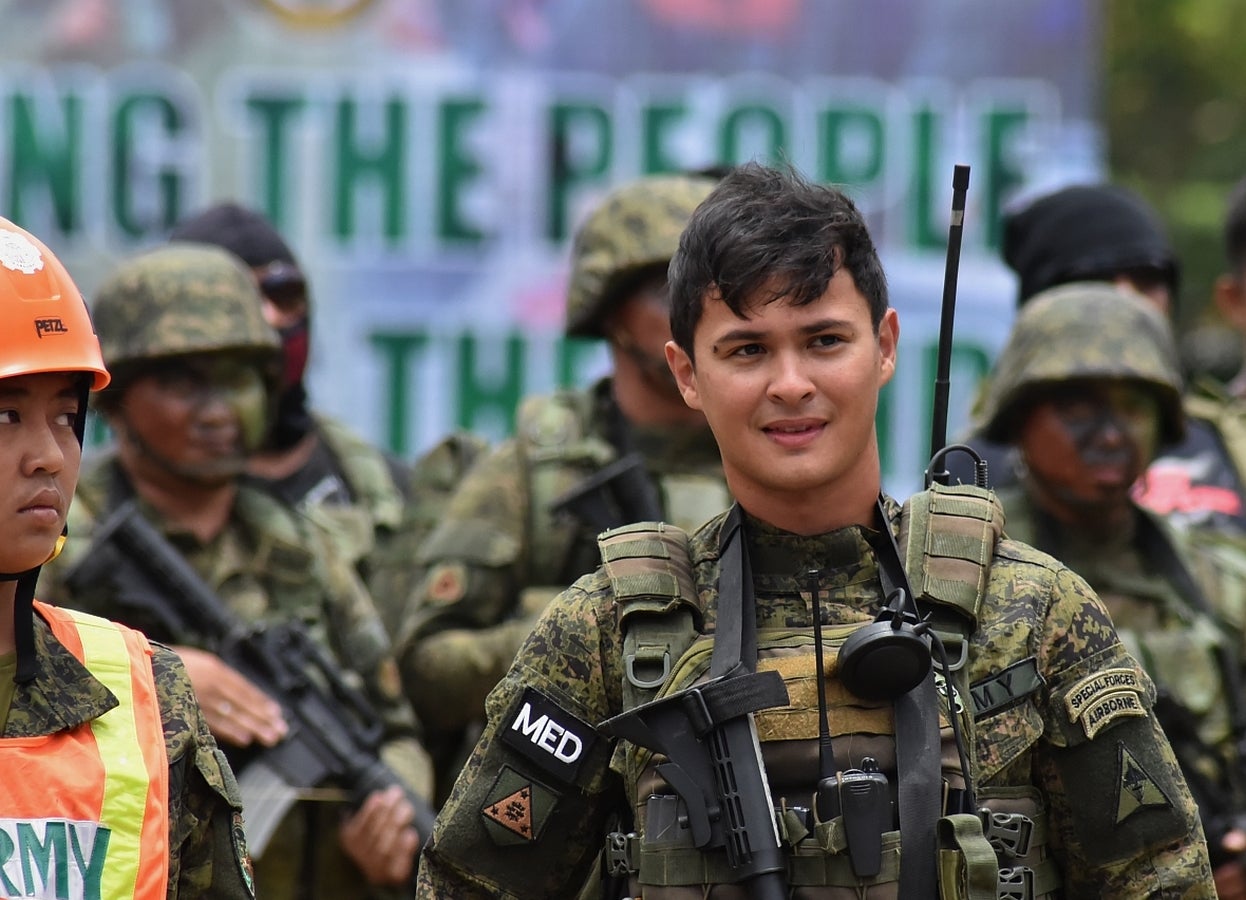 NEW OFFICER. Actor Matteo Guidicelli was promoted to second lieutenant of the military’s reserve command on Monday (May 20) by Army chief Lt.Gen. Macairog Alberto at the Philippine Military Academy. Guidicelli joined a mock battle for a simulated rescue exhibition that was staged for PMA cadets. INQUIRER PHOTOS/ EV Espiritu

“We need to have the cream of the crop to fulfill the Army’s transformation roadmap,” she said.

Outside the Regis Hall, the Army put up booths featuring the rescue and technological advances of this branch of military service.

One booth broadcast footage of the Marawi siege and the Army’s efforts to take it back from the Maute Group. Beside the booth was a shooting gallery occupied by Marawi siege veteran Col. Ramon Flores and his wife, PMA human resource officer Lt. Col. Agnes Lynette Flores. /kga