Chris Hemsworth in next phase of Marvel movies? | Inquirer Entertainment

Chris Hemsworth could return in next phase of Marvel movies—report

“Avengers: Endgame” marked not only the end of an era but also the beginning for more superheroes to take center stage. One of those could be Chris Hemsworth, who portrays Thor. 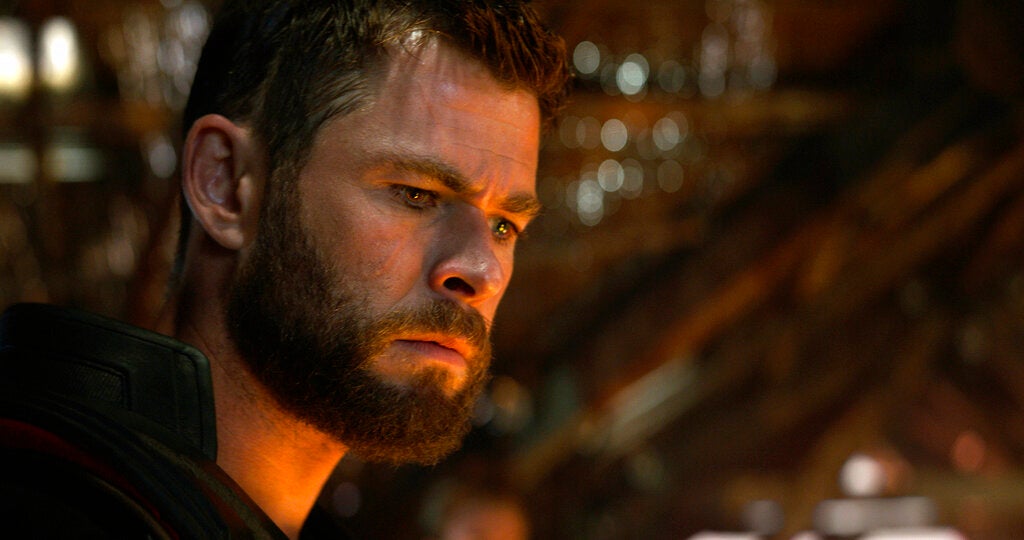 This image released by Disney shows Chris Hemsworth in a scene from “Avengers: Endgame.” Image: Disney/Marvel Studios via AP

Hemsworth renegotiated his salary for Phase 4 of the Marvel Cinematic Universe (MCU), as per The Hollywood Reporter on April 30.

Initially, the Australian actor signed up for five Marvel movies and upped his salary with “Infinity War” and “Endgame,” “putting himself in the $15 million to $20 million range and ready for the next phase of films.”

Those who have watched “Endgame” see the god of thunder join the Guardians of the Galaxy, which hints at a future for Hemsworth.

Thor has already had three solo films, though Hemsworth told USA Today back in January 2018 that he and “Thor: Ragnarok” director Taika Waititi had been “throwing ideas” for a Thor 4.

“I felt like we reinvented him. There is a bigger platform now to continue if we want to,” he said.

However, he also said in the same interview that he was “contractually” finished playing Thor after “Endgame.”

There is also speculation that a new Thor could be in the horizon. Thor could be more than one person, as the comics—and the latest movie—have shown, as long as the person is “worthy” to wield the hammer Mjolnir.